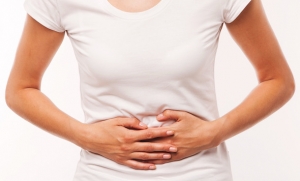 Gut bacteria plays a vital role in maintaining normal immune system function. Gut microbes have been shown to influence the role of conventional chemotherapy, and a new study conducted by the University of Texas MD Anderson Cancer Center in Houston suggests that the diversity and nature of a melanoma patient’s gut microbiome may determine how well they respond to immunotherapy.Patients receiving immune checkpoint inhibitors who have certain specifies of bacteria in their intestines may respond to treatment better than others, according to Jennifer Wargo, MD, an associate professor in the Department of Surgical Oncology at the University of Texas MD Anderson Cancer Center. Their research reveals a link that could mean the immune system is aided by gut bacteria when responding to these drugs, says Wargo.Building on previous studies in mice, which indicated that changing the type of bacteria in the intestines can improve the response to immunotherapy, researchers studied more than 200 mouth microbiome samples and more than 100 gut microbiome samples from approximately 230 individuals with advanced melanoma. The majority of patients had received immunotherapy, and their responses were measured using CT scans. The responses were then categorized as either “progressive” or “stable” using the Response Evaluation Criteria in Solid Tumors. In examining the patients' microbiome, the team looked at both its diversity and its composition.The results showed a significantly greater diversity of types of bacteria in the microbiome of patients who responded to immunotherapy. There were also significant differences in the type of bacteria found in the gut. For example, responders had a significantly greater abundance of Clostridiales bacteria, specifically, Ruminococcus spp, compared to nonresponders, who had a greater abundance of Bacteroidales bacteria. The researchers also examined biopsy specimens of immune cells within the melanoma tumors. In addition, they found that in those patients who responded to immune therapy, immune infiltrate was higher.When they compared that data with the result for the abundance of bacteria types within the microbiome, they found that there was a strong positive correlation between the number of killer T cells in the tumor and the abundance of Clostridiales bacteria. There was no significant difference in mouth bacteria between those patients who responded to immunotherapy and those who did not.Overall, Wargo says more study will be needed to further understand the connection between the gut microbiome and response to immunotherapy. While the preliminary consensus seems to make a connection between the microbiome and how the immune system works, there are other factors, including genetics and the environment, which may affect how a person responds to treatment. Regardless, practitioners should be aware of the potential of the microbiome to serve as a predictor of treatment response and whether the microbiome can be altered to affect response.The gut microbiome can be changed through a number of different strategies, from diet to supplement regimens to meditation and exercise, so there is a potential to modify gut microbiome to boost immunotherapy response, says Wargo. Manipulating gut flora may be a new strategy to enhance activity of immunotherapy drugs, as well as manage problematic toxicity in the future.
About the Author:

The gut’s role in viral immunity