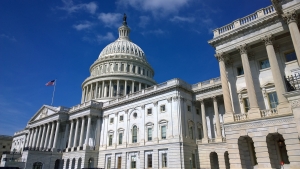 by Dr. Nancy Gahles, DC, CCH, RSHom(NA), OIMVolatile, uncertain, complex and ambiguous (VUCA) described the environment on Capitol Hill as healthcare policy wonks gathered in Washington D.C. to discuss the upcoming year’s health agenda at the 2017 AcademyHealth  National Health Policy Conference on January 30-31, 2017.VUCA represents the prevailing environment in healthcare policy, as described by Lisa Simpson, MB, BCh, MPH, FAAP, president and CEO of AcademyHealth. Throughout the conference, speakers defined the chaos inherent in impending healthcare policy changes as volatile. In any instance where change is introduced, the initial destabilization before reorganization is chaotic. At the cellular level, this de facto change is the fundamental basis of life, metabolism, and growth. At the human organism level, chaos can initiate fear based thinking, anticipatory anxiety, and resistance. Translate feelings into societies and the transition of policies becomes volatile, uncertain, complex, and ambiguous.One speaker commented that “the tenor is cyclical and will pass.” Several speakers echoed this same sentiment telling us that Congress leaders know how to work together. There is a learning curve for those who haven’t worked with each other before, but the current administration has a great desire to put together a policy that fits the repeal, replace, repair of the Affordable Care Act (ACA).The ambiguous piece here is how that will play out. It is highly unlikely that the federal government will be able to offer insurance for all, covered by federal monies. The Congressional Budget Office estimates repeal would leave 20 million people without insurance. 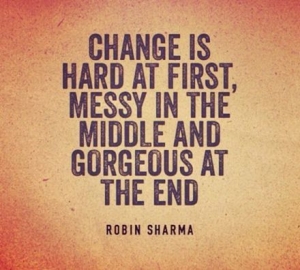 We as healthcare professionals can empower people to educate themselves and understand the choices and access they have to healthcare that suits their individual needs. The plans proffered to Congress by House Speaker Paul Ryan, Department of Health and Human Services Secretary designate Tom Price, and Senators Cassidy, Susan Collins, Rand Paul, et al, highlight the sovereignty of states to determine what is best suited to their individual population, and were of much discussion at the event.

Sen. Cassidy, a speaker at the conference, suggested several options relative to his suggested plan, which he proposing alongside Sen. Collins. The Cassidy/Collins plan is similar to the Patient Freedom Act, in that it mandates and penalties repealed and no subsidies and Medicaid expansion to be determined.Governors come up with their own benefit design, and create high risk pools in their states. The premise is that this would make insurance more affordable without subsidies. With his plan, states may not be able to give the same services with the inherent cuts needed.The ambiguity and likely volatility to ensue would be as a result of taking away credits for the poor and giving them to corporations for economic expansion and jobs that give more coverage.  He suggests that, if you don’t get income tax benefit from employer insurance, you get a credit.Creation of the activated patient—one who is engaged, who asks questions—will have better outcomes and cost less. One suggestion to promote this is for individual consumers to pool their credits together and fund a Health Savings Account (HSA). This is a Federalist approach that gives states the decision.  The concept of Medicaid expansion and funding of HSAs worked successfully in Indiana, under theIndiana Health Plan (HIP) 2.0, a consumer-driven Medicaid program designed to insure more people. HIP is a high deductible Health Savings Account called a “peer account.” It encouraged personal responsibility and wellness funded by the state with members contributing about 2 percent of their annual salary.Those below the poverty line without ability to pay could stay on the plan, but receive a slightly lower level of benefits. There was lots of bipartisan buy-in with this consumer driven model.  More people in Indiana did choose the consumer-driven approach. The empowerment of cost transparency and ability to negotiate fees was important to them.President Trump tapped the architect of HIP 2.0, Seema Verma, as Administrator of the Centers for Medicare and Medicaid Services (CMS).The efforts of Verma to participate in writing legislation that enabled the implementation of the program, and her success in negotiating the financing plan with the state’s hospital association, indicates that she may well be both a resource for state’s design and a source of encouraging rulemaking for implementation.What is in play for the field of complementary, integrative, and alternative health care in the midst of all the chaos of policy? Only time will tell.

The future of integrative medicine 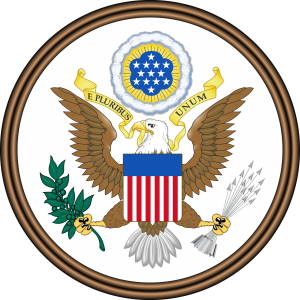 Unfortunately, for those of us in the field of complementary and alternative medicine, there is not a clear path to utilization of our services other than through HSAs. The challenge seems to be that, according to focus group discussions conducted at the conference, people do not use their deductibles unless they are ill.Consumers do not want to pay out of pocket. I queried other professionals at the conference on the use of out-of-pocket expenditures for services such as chiropractic and acupuncture, both of which are reimbursable under existing HSA law. They, apparently, never even thought of it.I was also told that consumers do not go to wellness visits because these typically lead to some tests or procedures that they will have to pay for. Consumers do not want to pay for healthcare unless they need it. People perceive medical intervention when sick or injured as healthcare. The challenge for our industry appears insurmountable. The proposition that value-based care needs to replace volume-based care has the imperative of choice and access to alternatives built into it.

Our role as educators

Sen. Tim Kaine, addressing the conference, exhorted the audience to be a health educator. He called for us, the providers, to promote the health of our citizens. He told us that this is what is moving the debate. “Ideas are coming to the table,” Sen. Kaine said. “People need to come in and provide ideas and suggestions on what they like, what they don’t like, and how to improve it. Then we sit down and work together and do this.”Both Sen. Kaine and Sen. Cassidy echoed the same sentiment in a plea for us—physicians, providers, and group associations—to come to them with stories, to put faces to people who are affected by costly care. “The job of a legislator is improving upon existing laws,” said Kaine.Both Sen. Kaine and Sen. Cassidy emphasized the importance of reliable, independent, sustainable evidence. It was notably mentioned that the RAND Corporation was the only nonprofit to recognize the emotional component of the suffering Iraq veterans and this informed policy for veterans’ care. More notable is the opening for inclusion by professions such as homeopathy, whose whole system of adaptive network nanomedicine uniquely takes into account the emotional component of suffering.

We, as an intimate community of integrative health care providers, have the responsibility to answer the clarion call of our patients, of our policy makers, and of our own inner voice, to do the right thing, to do no harm, to stand up and be counted, to collaborate to provide pertinent information that contributes to the making of policy that serves us all.I can tell you that both the licensed providers and the nationally certified integrative healthcare practitioners can find their place in the evolution of the new law and in the institutions of healthcare, on the ground, by continuing to provide value-based services that produce outcomes. The volume based model, relying on fee-for-service, has been demonstrated to be too costly and ineffective in either preventing disease or promoting good health. This is one thing that both providers and policymakers agree upon. It is here that integrative healthcare can claim a place of calm in the midst of the storm.
About the Author:

Nancy Gahles is CEO and Founder of Health & Harmony Wellness Education and Center for Integrative and Holistic Healthcare, TeleHealth & Harmony and Spirit of Love~The Rockaway Sangha. She is a Chiropractor (Ret.), Certified Classical Homeopath, Certified Mindfulness Based Stress Reduction (MBSR) practitioner and Ordained Interfaith Minister in family practice since 1980 specializing in the stress that underlies disease, and pain management.

Gahles is a member of the Board of Directors & Federal Policy Committee member of the Integrative Health Policy Consortium; the Advisory Board, Integrative Healthcare Symposium; and a Partner for Health for Council for Homeopathic Certification. Gahles is Pres. Emerita of the National Center for Homeopathy. She is a freelance healthcare journalist, newspaper columnist, member of the Association of Healthcare Journalists, author of The Power of $elf Care: A Common Sense Guide to YOUR Wellness Solution, and a public speaker and TEDXTalk presenter. Gahles practices in the New York City suburb of Rockaway Beach and via TeleHealth delivery.