Financial Incentives to Creating Health from the Federal Reserve

A panel presentation at the 2016 Integrative Healthcare Symposium explored ways communities are responding to the startling reality that medical services are a minor factor regarding the health of populations. More important factors include genetics, poverty, education, environment, and other so-called determinants of health. A movement is afoot among many stakeholders on how to address these challenges. Now, in an initiative sponsored by the integrative health-oriented Samueli Institute, a leader of the Federal Reserve of San Francisco describes the kinds of financial incentives that are emerging to leverage this new focus on creating health. 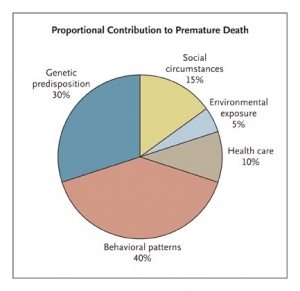 The data point that anchors this growing movement is from the Institute of Medicine’s Mike McGinnis, MD. In 2002, McGinnis’ team concluded that medical services represent 10%, a minor fraction, of the influences on – the reverse of health - “premature death.” Other analyses are more generous toward medical services, with as much as 20% represented. Still, 95% of our social investment in health is directed at medical services. How can a more appropriate investment be leveraged – especially given the power of the $3-trillion medical industry?The Samueli Institute initiative is seeking to answer this question. One goal is to create a game-plan that might guide the new US president and the 2017 Congress toward this massive re-orientation. The Institute, led by the 2015 Integrative Healthcare Symposium Leadership Award winner Wayne Jonas, MD, calls its work WIN III – the Wellbeing Initiative for the Nation III. 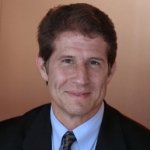 Jonas (pictured left) is familiar with this terrain. In 2008, he worked with the Integrative Health Policy Consortium and others to promote what some call “health in all policies.” That is, policy leaders in transportation, energy, defense, budget, and other agencies would be asked to think about the health impacts of their decisions. The initiative had significant impact. Via the Affordable Care Act, the National Prevention, Health Promotion and Public Health Council was established and now routinely brings nearly 20 agency heads together to explore the health dimensions of their work. By statute, an Advisory Group on Prevention, Health Promotion, and Integrative and Public Health includes members from the integrative health community such as Janet Kahn, PhD; Charlotte Kerr, LAc, MPH; and Dean Ornish, MD. 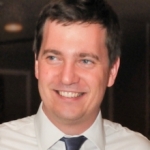 For WIN III, Jonas invited an unusual guest into a leadership role: Ian Galloway (pictured right), a senior analyst at the Federal Reserve Bank of San Francisco. In a publicly available webinar on “Models to Finance Health and Well-Being,” Galloway led listeners through four emergent financial strategies. These are:Galloway called the entities that will do the work “health providers.” Yet he took pains to be clear that this neither implies hospitals and medical delivery organizations nor does it healthcare professionals: “I know that’s a vague term. I really don’t know what they will look like. Not-for-profits? Current medical providers who have pivoted toward social determinants? It may be a whole new class of businesses that will spring up to take advantage of this new market opportunity.”Comment: Few of us involved with integrative practice likely ever thought our work would lead us down this rabbit hole. The sad fact is that capitalism as we know it is poorly aligned with creating health. Thus, here were we are, examining these odd and obscure strategies. In 2001, a diverse group of integrative health players with which I was involved created a document we called the Design Principles for Healthcare Renewal. In Principle #9, we suggested that “the renewed healthcare system is a partnership between an expanded commitment to the public health and a thriving industry of health creation.” Galloway’s creativity – and the broader WIN III initiative – are seeking to create a world in which health creation can thrive. Will you be one of these new “health providers” who will address the “other” 90%?
About the Author:

Next steps for Wayne Jonas and the Samuelis in integrative health