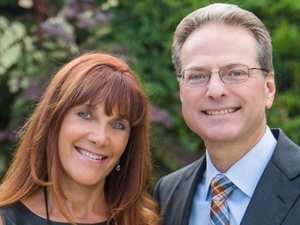 by John Weeks, Publisher/Editor of The Integrator Blog News and ReportsDid you examine the substance beyond the media name-calling and charges of “quackademic medicine” that greeted news of Susan and Henry Samuelis’ $200-million investment in integrative medicine and health at UC Irvine?Anyone who saw the UC Irvine release and explored the plan will recognize the UC Irvine philanthropic windfall for what it was: fuel for transforming the disastrous US medical industry from its reductive and dehumanizing underpinnings toward a whole system, health-focused, interprofessional and multi-disciplinary approach. The Samuelis’ investment is a manifestation of a vision that has motivated many in the “alternative” and “holistic” and “integrative” health movement for decades.Yet instead of exploring this story, the LA Times and other significant media chose to tar the gift as “quackademic medicine.”  They gave their titles (“Does $200-million Quack?”) and leading interviews to the self-appointed vigilantes who have attacked acupuncture, chiropractic, medical massage, mind-body and multiple other alternatives as non-scientific for decades. 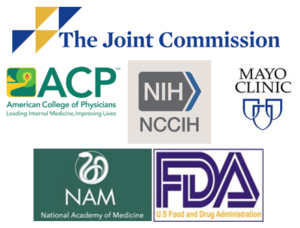 What’s going on? First, general context. The mere fact that 251,000 deaths a year are caused by the US medical industry is evidence enough for the term “disaster,” above. The industry’s extraordinary costs that rob investment in other social goods adds another damaging dimension. Any healthcare journalist in their right mind who wasn’t born yesterday knows these things. Thus, assuming right-mindedness, one might anticipate that members of the media would be intrigued to report and explore a $200-million strategy for guiding us out of this mess.The problem is, the LA Times and others decided to introduce the story by associating it with “delegitimization of medicine” and with quackery.  They gave the story to a handful of anti-integrative warriors instead of honoring support for the Samuelis’ direction from a series of powerful recent guidelines and reports.This is the emerging scientific and policy context. A unanimous front against the “quackademic” allegations of these individuals comes from: the Joint Commission in 2015; NIH authors in Mayo Clinical Proceedings in 2016; recent recommendations to the FDA from the National Academy of Medicine; a demand to insurers from the National Association of Attorneys General; and recent guidelines from the American College of Physicians (ACP). 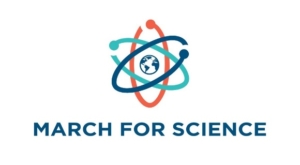 The ACP’S evidence-based recommended – in substantial consensus with the others – that “physicians and patients initially select non-drug therapy with exercise, multidisciplinary rehabilitation, acupuncture, mindfulness-based stress reduction, tai chi, yoga, motor control exercise (MCE), progressive relaxation, electromyography biofeedback, low level laser therapy, operant therapy, cognitive behavioral therapy, or spinal manipulation.”Bottom line: when it comes to the pain conditions that have driven the integrative care movement, the “quackademic” assertion is fake news. These powerful agencies, following scientific review, jointly recommended the kind of integrative, interprofessional model that the Samuelis are funding. The Samuelis’ investment at UC Irvine is based on this evidence.Yet rather than engage the excitement of a model at the front edge of science – particularly as we witness the ravages of opioid dependence in pain care -  the LA Times allowed this story to be about one or two controversial therapies that represent a miniscule part of the Samuelis’ past integrative funding and interest.At best, the media response is roughly equivalent to greeting an investment in cardiology with headlines about stent failures and unnecessary bypass grafts, steering readers away from examining what the gift might do. The dominant media approach to the Samuelis’ investment parallels reporting $200-million to reverse climate change with headlines and opening salvos shaped by interviewees who deny the damaging human impact on climate patterns.Multiple therapies in the integrative medicine sphere are poorly researched, fraught with challenges of various sorts, and yet marched out to the public via overclaim.  Members of the media - and those who publish medical news – should report and investigate these closely in their service to the public. Such reporting on individual therapies and treatments is needed in all aspects medicine, including the cardiology examples above.With the emerging consensus captured in the Joint Commission-NIH/Mayo-ACP-NAM/FDA-NAAG document, media outlets need to end the science-denial in the roundhouse condemnation of integrative health and medicine. To continue to call it “quackademic” and to allow individuals to cast aspersions that question the whole field is nothing more or less than the promotion of fake news.Editor’s note: This analysis article is not edited and the authors are solely responsible for the content. The views and opinions expressed in this article are those of the authors and do not necessarily reflect the official policy or position of Integrative Practitioner.
About the Author: