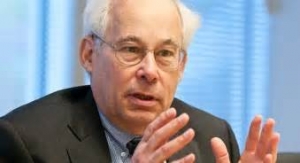 by John Weeks, Publisher/Editor of The Integrator Blog News and ReportsMany in the integrative health community pay little attention to efforts made to right the ship of medicine. It’s all a nasty blur. At the same time, they are perhaps anxiously aware that both quality and life rest with success of major stakeholder initiatives. For these, the lists propounded from time to time by Don Berwick, MD, MPP, can be a useful plumb-line for gauging the status of the turmoil.Berwick is the co-founder and President Emeritus of the most powerful organization promoting value-based care in civilian medicine, the Institute for Healthcare Improvement. He is the former administrator of the Center for Medicare and Medicaid Services who was responsible for rolling out the Affordable Care Act’s efforts to create “accountable care” and patient centered medical homes. As such, he is perhaps the most influential medical figure in the U.S. on the record as showing respect for integrative health and medicine.

Berwick recently offer a keynote at the National Patient Safety Foundation’s annual conference with one of his lists -  a talk on the “7 Roadblocks” to Improvement in the patient safety arena. His comments both deconstructed and challenged past attempts. He urged a less reductive and more systemic approach. I had no access to the full speech,  and therefore take some liberties in building on what was published in the printed list.Berwick’s attack on reductivity took multiple forms. He argued that organized medicine has a “metrics glut” from its which it should “go on a diet.” The tangle of requirements is smothering and depressing practitioners, thus working against safety.Given the negativity with which such “innovations” are often received, organizations have instituted incentives for practitioners. These are often economic, geared at adherence to otherwise distasteful processes. Berwick directly challenges the “inventive theory” in such program.  “Most of the workforce is already trying as hard as it can," he is quoted. "Until we become scientists and give up the incentive-oriented approach to safety, we won’t make the systemic progress we have been calling on for years." 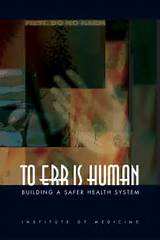 Not unassociated with this reductive thinking is what Berwick calls the “illusion of completeness.” Many organizations have spent almost two decades in multiple  patient-safety initiatives following the startling 1999 To Err is Human: Building a Safer Health System report that found rough 100,000 deaths per year due to medical errors. Stated Berwick: “There’s an illusion that we’ve worked on safety — "here are our scores on central line infections, pressure ulcers and here’s what’s happening on medication reconciliation" — on to the next problem. The concept of safety as a box-checking enterprise, where we start and finish, is lethal to patients of the future." Clearly the need remains paramount. A 2016 study estimated 251,000 deaths annually through medical errors.Berwick challenged medical delivery for another practice that silos efforts, the “separation of safety from quality.” He calls quality improvement the “big tent” and lambastes initiatives that compartmentalize the two with a vehicular metaphor: “The quality of my car is dimensional. It has safety, durability and fuel economy and so does health care. I think reuniting our endeavors is crucial to our future. We don’t have the resources to waste on tribalism. We have to think systemically."Berwick highlights acting systematically, rather than reductively, as one of his seven points. We need, he said, to “become literate about the systemic properties that produce improvement." This is the chief requirement for patient safety.Comment: Many in the integrative health field can be exasperated that it took the present value based medicine movement—which Berwick leads—to begin to distinguish the reactivity of the medical industry toward health creation. Yet we can celebrate the arrival. Berwick’s recommendations run in deep parallel, promoting “systematic” rather than reductive approaches. This concept is imbedded in integrative health thought since its first declarations. Most recently it was imbedded in the practitioner oath-like Berlin Agreement: Personal Responsibility and Social Action in Practicing and Fostering Integrative Medicine and Health Globally.

Lingering in the background of the joined-at-the-hip problems of patient safety and practitioner satisfaction is a form of reductivity not mentioned in the article. This is the industry’s reductive, for-profit interest in extracting every possible dollar out of each part of the healthcare engagement. If we care about “systemic responses,” the real work begins here. For in the fee-for-service world we have the peculiar and non-scientific decision to pay practitioners more, per minute, for a short visit, than for a long visit. Who says a practitioner’s time is more precious in quickly dispensing a drug than in engaging, in time-intensive ways, with patients in fomenting life-saving, and health creating practices? There is no evidence of which I am aware that a practitioner’s time is more valuable—as measured in health outcomes rather than economic return – in a short visit.Yet, the errors and discontent each begin there.The economic production of multiple short visits, back to back, drives sloppy clinical care, errors and practitioner dissatisfaction. Quite likely, it also drives cost escalation. The tendency of economic reductivity is toward band-aid practices and the horrendous and well documented safety problems in over-utilization as documented in Shannon Brownlee’s Overtreated: Why Too Much Medicine Is Making Us Sicker and Poorer.If the integrative health and medicine community was to respond to Berwick’s call for a systemic response to patient safety—a response that also impacts other problems with the industry—one might forward the idea of a human, relationship, community, lifestyle, and whole person based integrative care model. This is in addition to another systemic change Berwick favors. If we are to “become scientists” as he suggests, and respect the world’s utterly compelling evidence, we will adopt a single payer or Medicare-for-all approach.
About the Author:

Integrative medicine and the conditions with highest productivity costs for employers