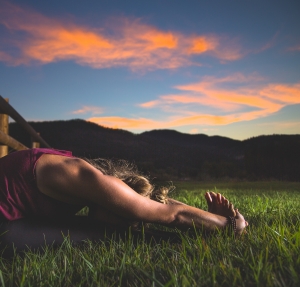 As many as 75 percent of cancer patients reduce their physical activity after diagnosis, a new study finds. However, physical activity and exercise improve many outcomes in patients with cancer, including a better quality of life and physical function and, potentially, survival.In the United States, there are more than 25 million cancer survivors, according to the American Cancer Society. Getting motivated to exercise can be difficult when faced with a serious illness, according to lead researcher Dr. Jun Mao, chief of integrative medicine service at Memorial Sloan Kettering Cancer Center in New York City. Along with the fatigue and pain associated with cancer treatment, many patients may give up exercising, the study authors said.The study included roughly 660 cancer patients being treated at 12 Philadelphia clinics. The majority, 65 percent, were overweight or obese women with an average age of 60.Surveys revealed that 75 percent of patients said they had reduced their physical activity since being diagnosed with cancer. Sixteen percent said they had kept up the same level of activity as they had before diagnosis, and 4 percent said they had increased their exercise since diagnosis.Many patients feel that being sick and receiving chemotherapy are reasons not to exercise, Mao says, adding that not being physically active can actually slow down recovery from treatment.Maintaining an active lifestyle is a challenge for many, and following an exercise regimen is is even more daunting  if an individual feels deeply fatigued, nauseated, depressed, scared, or is in pain, says Samantha Heller is an exercise physiologist and senior clinical nutritionist at NYU Langone Medical Center in New York City. Exercise, however, has been shown to help reduce the side effects of cancer and many cancer treatments, and improve survival.Working with trained professionals, such as physical therapists and certified cancer exercise trainers, can offer patients the motivation and guidance they need to exercise regularly. Some cancer centers offer group-fitness classes for their patients, which also provide emotional support.Medications and alternative treatments, such as acupuncture or yoga, can help alleviate pain and fatigue, and are often prescribed by practitioners. Doctors need to ask their patients about physical activity and encourage them to be active, with at least 150 minutes of moderate aerobic exercise a week, recommends the American Society of Clinical Oncology. Walking, riding a bike, yoga, or tai chi, are all viable options.Click here for more information.
About the Author: