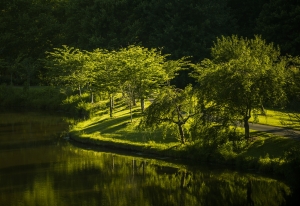 We live in a toxic world, said Joe Pizzorno, ND Friday at the Institute for Functional Medicine’s 2017 Annual International Conference in Los Angeles, California.Virtually every disease and clinical condition caused by neurological damage has increased in every age group the past 50 years, and significant clinical and epidemiological research points to neurotoxin exposure as the main cause, says Pizzorno.Diseases and conditions such as Alzheimer’s disease, Parkinson’s disease, cognitive decline, and dementia can all be linked to neurotoxins, including:Daily exposure to neurotoxins is common, and can come from sources like the food we eat, the water we drink, the air we breathe, says Pizzorno, specifically arsenic, cadmium, and mercury. Exposure, even at low levels, can result in fatigue, and some researchers believe environmental toxins are the main cause of the diabetes and obesity epidemic.Persistent organic pollutants (POPs) are one of the main culprits. They are designed to be difficult to breakdown by biological processes and accumulate in humans as they age. POPs interfere with neurogenesis, Pizzorno says.Multiple studies show that POPs are associated with an average IQ deficit of seven when pregnant women are exposed (25 percent of pregnant women in the U.S. have levels exceeding the median); a two times increased risk for ADHD when children are exposed; and an increased risk in Parkinson's disease and other neurological diseases.Public health officials created a formula to determine what percentage of disease is caused by certain factors. For example, Pizzorno used the formula to identify how many chronic diseases develop as a result of neurotoxin exposure. His team determined incidence of disease in the “unexposed” population, the threshold for increased disease risk, the percentage of the population above the threshold, the incidence of disease in those above threshold, and then calculated the percentage of disease.Currently, Pizzorno's team has reviewed 26 toxins and toxin classes—including lead, mercury, BPA, and OCPs—100s of chemicals and POPs in some classes, 18 cancers, and 24 chronic diseases. Diseases studies include:While the results are varied and complex, one sentiment is consistent across all toxins and diseases examined: toxin load more than doubles disease risk for exposed populations. This damage can manifest in oxidative stress, inappropriate microglial activation, and mitochondrial damage. Toxins themselves cause damage in a number of ways, according to Pizzorno. They increase free radical production and replace structural minerals. They also poison enzyme systems, competing with nutritional cofactors for finding sites. In addition, toxins can damage DNA and cell membranes, lead to epigenetic dysmodulation, block insulin receptor sites, and imbalance hormones.The Centers for Disease Control and Prevention focuses on toxicity, population toxic load, and prevalence of substances in toxic waste sites when determining which toxins are the worst. However, clinically, the focus should be on exposure, percentage of disease, and the ability of the body to detoxify or excrete toxic substances, says Pizzorno.For practitioners, the key to helping patients mitigate environmental exposures is a thorough assessment that includes body load measurements and historic exposure analysis. "Toxins are a problem," says Pizzorno, "so we have to know the best way to assess our patients and keep them healthy."While direct measurement is the best method, it is limiting—not many patients will voluntarily opt for a fat biopsy. The alternative combines conventional lab tests with challenge testing and toenail and hair sampling. Direct measure with blood and urine tests are now available and provide a cheaper, non-invasive assessment option.Once practitioners identify a patient's risk and exposure, they can intervene. First and foremost, they must avoid the source of the toxin, if possible, Pizzorno says. The practitioner can facilitate detoxification with a supplement and nutrition regimen that facilitates detoxification, increases excretion, supplies competitive nutrients, and decreases damage."If you do nothing more than give people fiber and decrease toxic load, you’ll get the toxics out," says Pizzorno. "If we can do that, we can help patients live a full life."Editor’s note: Integrative Practitioner is reporting live from the Institute for Functional Medicine’s annual conference. For live updates and complete show coverage, click here.
About the Author: