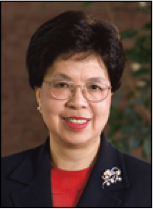 by John Weeks, Publisher/Editor of The Integrator Blog News and ReportsThe World Health Organization's election last month of Ethiopian Tedros Adhanom Ghebreyesus, MD—the first African Director-General of the agency—did not touch on integrative health and medicine. However, for those who have come to view optimal merging of traditional products, practices, and practitioners as key to the WHO's goal of primary care for all, the transition is momentous. The impactful and quietly controversial decade-long tenure of current Director-General, Margaret Chan, an individual responsible for positioning the integration of traditional medicine, comes to an end on June 30.In an e-mail interview, a European leader active in the WHO’s traditional medicine work, who wished to remain anonymous, suggested some of the controversy. “Chan has shown some bravery in moving the traditional medicine unit from the periphery to the center," they said. 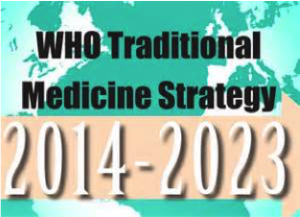 The positive impact has been profound. Under Chan, the WHO Traditional Medicine Strategic Plan: 2014-2023 engaged traditional practices—utilized by an estimated 80 percent of the world’s population for part of their primary care—as more than pharmaceutical agents, the prior focus. Instead, the “practices” and “practitioners” came into focus. Under Chan, the traditional medicine effort became an integrative healthcare initiative. Finding the optimal relationship would be instrumental to achieving primary care for all.In a 2008 speech in Beijing, Chan stated that the two systems of traditional and Western medicine should not clash, but rather collaborate. "Within the context of primary healthcare, they can blend together in a beneficial harmony, using the best features of each system, and compensating for certain weaknesses in each,” she said.In the first year of Chan’s first 5-year term in office produced the foundational Beijing Declaration with its seven integrative principles.While saluting Chan’s role, the European leader dropped a question. “Before Margaret Chan, the cabinet at WHO was opposed to traditional medicine—what changed?”An answer came from an academic and development professional whose engagement with WHO traditional medicine initiatives outdates Chan’s 10-year term. This source also preferred to remain anonymous. He suggested a dual legacy. “The traditional medicine department of WHO has seen an upgrade under Chan’s leadership, yet there is a deeper agenda that disquiets me and many others. This is China’s attempt at control of [traditional and complementary medicine (TCM)] globally via the WHO office.”There is no question that the influence of the Chinese in the WHO were powerful brokers of integration initiatives. The impactful strategic plan’s development, like most WHO initiatives, required outside sponsorship. The Chinese stepped up for roughly $3 million. The document acknowledges the People’s Republic of China for “kindly providing financial support for the development of the document.”Two Hong Kong-based agencies are also credited. The coordinators of WHO’s traditional medicine activity during Chan’s term are also Chinese, Xiaorui Zhang and the current coordinator, Qi Zhang.Yet, some see these advances as a China-first policy. The second source shared their experiences seeing initiatives other countries, in particular India, suppressed. “China actively opposes Indian influence [at the WHO] and has blocked proposals in the past to increase this," they said. "This is the Realpolitik of China's influence in bankrolling and steering the Traditional Medicine Department of WHO.”They believe that changing that course requires dollars and cents. “Investment and strategic diplomacy will be essential if WHO is to take the AYUSH experience on board," they said. "This is unlikely to come about as long as India doesn't dig deep to buy a slice of the Traditional Medicine Department and to leverage influence.” 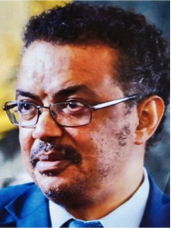 Comment: I first had my naïveté lifted after asking a U.S. official an informal question in 2012 when I discovered that the National Institutes of Health (NIH) had terminated its WHO coordinating center for traditional medicine. I was also surprised and a little dismayed that the U.S. had little governmental representation on the development of the traditional medicine strategy. The reason I was given was that traditional medicine was viewed as China’s game. To support the strategy was viewed as effectively being a tool of Chinese cultural expansion.I came to think of the Chinese promotion of TCM globally the way the U.S. promoted “democracy” as its cultural legacy in the U.S. economic ascendancy post WWII. The perspective on the U.S. has of course its own duality—an underbelly of over a score of democratically elected governments undermined or overthrown. Stepping on another country’s traditional medicine paled in comparison.The issue going forward is what stature traditional medicine will have in the Ghebreyesus era. This is particularly intriguing in this moment the for European-North American integrative health and medicine movement. The new Director-General arrives just as integrative health and medicine leaders have begun to actively link with the world’s larger integrative campaign as promoted via Chan’s endorsement of the WHO strategy.In 2016, integrative health and medicine leaders created the Stuttgart Declaration that drew the two integrative movements together via policy alliance, and in the 2017 Berlin Agreement, another set of integrative leaders—with a broader multi-national base, sought to link the two movements via a shared set of values.Ghebreyesus does not appear to be a likely ally. He built his reputation on the expansion of access to conventional clinics and services. A brief internet search of the Director-General’s name and “traditional medicine” or “integrative medicine” yielded nothing. One intriguing characteristic is a very successful program he is credited with introducing as Ethiopia’s director of health through which 40,000 female health workers were trained. Nothing, however, about traditional medicine. Given the powerful role of traditional medicine products, practices and practitioners throughout Africa, one hopes that he might grow some interest.Chan’s stepping down at the WHO is parallel, for activists in the U.S., to integrative medicine champion Tom Harkin’s 2014 decision to step down from his perch on the U.S. Senator Appropriations Committee by not standing for re-election. Traditional medicine initiatives can continue without the Director-General’s personal involvement. That will be a function of who sponsors. Will India, or anyone else, step up?Meanwhile, deep gratitude to Chan, for articulating the necessity of integration as part of an optimal future for health care. That bright light will hopefully remain as a global beacon, adopted by nations on all continents around the globe – as the Stuttgart Declaration urges—regardless of any sub-rosa agenda that may have been in play.
About the Author: