Dana Ullman and the FDA’s re-regulation of homeopathy: Is this fundamentally an attack on medical diversity? 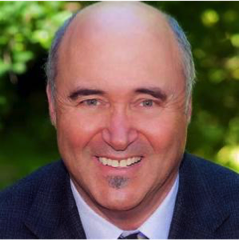 by John Weeks, Publisher/Editor of The Integrator Blog News and ReportsEditor’s note: This article was edited post-publication. This analysis article is not edited and the authors are solely responsible for the content. The views and opinions expressed in this article are those of the authors and do not necessarily reflect the official policy or position of Integrative Practitioner.The author, educator, and certified homeopath Dana Ullman, MPH, CCH first gained fame in the mid-1970s when the state of California busted him for practicing medicine without a license. His arrest raised questions about one’s right to a diversity of medical practices and traditions.As Ullman described in a 40th anniversary posting on the experience, he had a patient for whom he had prescribed a homeopathic medicine based on bacteria in the bowel. The patient turned out to be a California Medical Board undercover agent. “Ironically (or cosmically),” Ullman wrote, “I gave him a homeopathic dose of shit.”The case was eventually settled with Ullman allowed to treat the person, while medical doctors diagnose and treat disease. Diversity was respected, if homeopathy was not honored as a distinct branch of medicine.Now Ullman has bigger fish to fry. For the last three years homeopathic medicines - regulated by the FDA since 1938 - have been under intense federal review. Ullman’s argument does not rest on whether one cares much about homeopathy. He believes that anyone outside the dominant school of medicine should be concerned about what he sees as the FDA’s failure to provide even-handed treatment of a tradition that is outside its specialty.

Homeopathy’s current battle in the USA goes back a couple years. In late 2016, Ullman challenged Federal Trade Commission (FTC) acts in Extreme Bias on FTC’s Ruling on Homeopathic Medicine. The article was re-posted nearly 3,000 times.  Now his Critique of Proposed Regulations of Homeopathic Medicines and Alternative Proposals at the Mercola.com website takes on the FDA. This 8,000 word treatise already has 4300 Facebook shares.Prompting Ullman’s outpouring is the FDA’s effort, in his words, to “nullify previously established guidelines” and “increase regulation on some products deemed by the agency to have higher risk or sold to vulnerable populations.” His perspective is that the FDA’s action is not rational, evidence-based, or necessary. Ullman’s dozen or so separate sections of the tract run with headlines like:Remarkably, this battle over homeopathic regulation is not being fought over effectiveness, where rationalists have the high ground and evidence is mixed. Instead, the FDA’s nominal interest is safety. When it comes to the Hippocratic call to do no harm, homeopathy rules relative to the injurious consequences of the regular pharmaceutical industry. The FTC’s report trumpeting deaths associated with the famously infinitesimal doses, to which Ullman earlier responded, was demolished point for point by the American Institute for Homeopathy.Ullman acknowledges that certain non-historic methods of homeopathic administration (cotton swabs in the nasal cavity, for instance) may merit new FDA scrutiny. Yet he argues that regulation of homeopathic medicines should be at the bottom of FDA’s interests. “Why not focus instead on problems like painkillers, overuse of antibiotics, and problems related to polypharmacy? To create safe streets, Ullman asks, do you focus on the jay-walker or the drunk driver?”

There is massive irony in the antagonism toward homeopathic medicines among many in regular medicine and their regulatory allies. The same people who wave red flags that homeopathic medicines like belladonna are killers will, in the next breath, question how homeopathic medicines could possibly have any medicinal value since they believe that the infinitesimal doses are nothing more than sugar pills.In these lights, Ullman suggests that “every rational and reasonably educated person should and must wonder what the motivations are behind the FDA's interest in increased regulation of homeopathic medicine especially since these natural medicines are recognized worldwide as some of the safest medicines presently available.”If it looks like politics, and smells like politics, well, then maybe it is. Ullman chooses to step right into the festering mess. He guides the reader through arguments accrued via a lifetime of advocacy, invigorated by a practitioner’s belief and an MPH’s application of evidence. If the parts per billion of belladonna found in homeopathic teething tablet are killers, then why not start regulating potatoes, he asks. After all, the average Russet has measurable belladonna in as 7 parts per million. Take them off the shelves! Warn mothers!The best that may be said of the FDA’s regulatory initiative is that there is something happening here that just ain’t exactly clear. The worst is that we are witnessing an act of unbridled medical neo-colonialism as recently explored in this Integrative Practitioner article. The subject of that column was a paper by integrative health researcher and Leslie Dan Chair in Pharmacy at the University of Toronto Heather Boon, BScPhm, PhD and her health policy research protégé Nadine Ijaz, PhD. They examined the potentially adverse consequences of applying a biomedical regulatory scheme to traditional medical practices.In his concluding remarks, Ullman urges a regulatory strategy for medicine that respects and asserts the fundamental diversity in American Society. “Is America a pluralist society or a homogenous one — and should regulation reflect our society? This is not just an academic question but a practical one, and the way it is answered will play an important role in how the FDA should regulate homeopathic medicine (as well as other systems of healing).”Ullman proceeds to answer his question: “We are not a homogenized culture where there is just one school of thought and practice in medicine. We are a pluralist society and therefore need pluralist laws that respect this diversity.”Ullman’s tome is an evidence-informed barrage against oppression from regulatory arms of the dominant school of medicine. Its potency may not be in merely rallying homeopaths to arms. Rather, it may be in inviting those connected to other world medical traditions to recognize that protecting homeopathy from unnecessary regulatory restrictions is at core their own battle for pluralism in health and medicine.
About the Author: