Is the Medical Industry Showing Signs of Alignment with Integrative Health and Medicine?

by John Weeks, Publisher/Editor of The Integrator Blog News and ReportsIn one corner, we have the regular medical industry and its predominantly reactive sick-care focus that sometimes shows up as a system of health care. In the other, for the sake of this column, we have the integrative health and medicine industry and its predominantly health-focused philosophy. Two statements in 2015 from progressive voices in mainstream medicine offer an opportunity to gauge the emerging potential for convergence.The first was the attractively titled New Rules for Radical Redesign in Health Care.  The naming invokes the classic text, Rules for Radicals, by the dean of community organizing, Saul Alinsky. 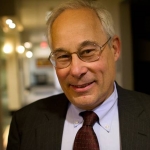 The fountainhead of these rules is the Boston-based, Institute for Healthcare Improvement (IHI). The IHI was co-founded by Donald Berwick, MD (pictured) before he was named by President Obama to serve as administrator for the Center for Medicare and Medicaid Services. The community organizing reference is apt. The IHI was formed to spearhead the organizing of the nation’s medical delivery organizations around values instead of profit at whatever cost.Founders of the IHI knew that “at whatever cost” unfortunately characterizes too much of the industry’s behavior. When a major 1999 report estimated that 100,000 people per year were dying due to medical errors, the IHI led the 100,000 lives campaign to combat morbidity and mortality, with Berwick as their champion. The IHI courageously forced the industry to hold its nose through the stench through of a very public, proactive campaign. One key value in the IHI’s organizing was safety.Good as it was, the work came up short. A decade later, one study found 210,000-440,000 medical deaths per year. It was time for something more radical. Berwick personally pitched the industry to set itself on a 30-year course toward, what he called, “salutogenesis” or “health creation.” The course would require some radical rules. With other self-selected leaders convened by the IHI, they declared these “Rules for Radical Redesign” earlier this year:As laws need administrative code, so, apparently, do the 10 Rules need practical steps. In December 2015, Berwick personally framed a 9-step program to assist delivery organizations in their radical transformation: stop excessive measurement; abandon complex incentives; decrease focus on finance; avoid professional prerogative at the expense of the whole; recommit to improvement science; embrace transparency; protect civility; listen - really listen; and reject greed.Comment: I joke sometimes with my author-organizer, dog-walking buddy, Paul Loeb (Soul of a Citizen, The Impossible Will Take a Little While) that we are both “hope-mongers.” My mongering shows up in continuously prospecting to find good in the efforts to re-direct regular medicine, while imagining in the change a better context for greater receptivity to the values of integrative health and medicine. Am I Mary Poppins drifting off on her parasol?Convergence via these 10 Rules is plausible. Co-producing health, partnership, and individualization to personal preferences; many of these offer tremendously fetching poetry. But do we know what they mean in the context of industrial medicine?  Laws mean little until administrative code is written. Berwick’s steps suggest another story. Some reassuringly echo the rules. Yet overall, the tone feels hurried and frustrated. It is as though Berwick is a practitioner of change agency whose patient is already shuffling off to exit the office call. He hurriedly rattles off recommendations that will make or break the treatment plan: stop smoking, reduce meat, walk more, add fiber, find a hobby, start yoga, spend less time at work, try non-violent communication, love yourself - just do those things and we’ll converge on health.
About the Author:

Q&A: The long road of the national health and wellness coaching credential