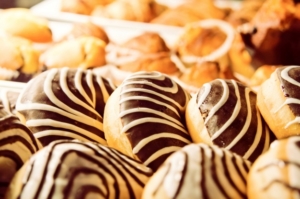 A new study published in the British Medical Journal suggests a plausible link between consuming highly processed foods and increased risk of cancer.The researchers looked at 104,980 participants at least 18 years old with a median age of 42.8 years old from the French NutriNet-Santé cohort, launched in 2009. Those on the study, mostly women, recorded their food intake from a selection of 3,300 items for two days, and were followed for an average of five years.The results showed that a 10 percent increase in the proportion of ultra-processed foods in the diet was associated with significant increases of 12 percent in the risk of overall cancer and 11 percent in the risk of breast cancer. During the study, an average of 18 percent of people's diet was ultra-processed.Foods were categorized according to their degree of processing by the NOVA classification, which looks at the extent and purpose of food processing over nutrients to determine a food's healthfulness. Those considered to be "ultra-processed" included packaged breads and snacks, sodas and sweetened drinks, chocolate bars and candy, instant noodles and soups, frozen meals, and foods made mostly or entirely from sugar, oil, and fat.It's long been known that diet affects risk for chronic disease, including cancer, and according to the World Cancer Research Fund/American Institute for Cancer Research, about a third of the most common neoplasms could be avoided by changing lifestyle and dietary habits in developed countries.However, the study cannot definitivly link ultra-processed food consumption with cancer—many of the participants who ate more processed foods smoked cigarettes, were less active, or ate more calories, which increased their risk for cancer anyway.Researchers concluded further studies are needed to better understand the relative effect of the various dimensions of processing, including nutritional composition, food additives, contact materials, and neoformed contaminants, in these associations.Click here to access the study.
About the Author: