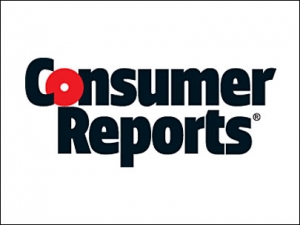 by John Weeks, Publisher/Editor of The Integrator Blog News and ReportsIf the way to claim a hard-won piece of terrain in the U.S.’s lucrative medical landscape is to post one’s flag on it, then integrative methods just saw a tripod billboard placed on the one of primary care’s top conditions, back pain. The three legs are Veterans Affairs, the American College of Physicians, and Consumer Reports. The sign waving above them is the magazine’s “The Better Way to Back Pain Relief.”The triumphant moment is introduced in the story of a veteran who first injured his back carrying packs in Vietnam. Today, as the article begins, a typical week for the veteran includes acupuncture, tai chi, yoga, massage therapy, and sometimes chiropractic.  That the veteran portrayed is a retired bank manager underscores the magazine’s effort to legitimize the treatments.

The veteran’s next words describe the basis for the anger many integrative practitioners have toward the drug-dependent and dismissive approaches toward integrative practice of most insurers and most primary care practices. “Had I [had access to and] known then what I know now, I could have avoided decades of debilitating pain.”The Consumer Reports account immediately jumps from the story of the one to that of a well-researched many. The proximal cause for the article is a set of new guidelines for back-pain treatment published February by the American College of Physicians. The compelling argument in the highest impact journal for primary care doctors is that “the first line of defense should be nondrug measures.”

The tripod’s third leg is the consumer, cemented in place by evidence from one of the publication’s chief tools, a new nationally representative Consumer Reports survey. The survey examined responses from 3,562 subjects who suffer from back-pain. More than 80 percent of those respondents who tried yoga or tai chi or saw a massage therapist or chiropractor said it helped them.Nitin S. Damle, MD, a former president of the guideline writing association, was quoted as saying, “Many physicians who are used to writing prescriptions right off the bat or sending patients for tests are going to have to rethink the way they manage back pain.”

Among those from the integrative health community who were interviewed are Ben Kligler, MD, MPH, the national director of the Integrative Health Coordinating Center for the Veterans Health Administration; Donald Levy, MD, Medical Director at the for Brigham and Women’s Hospital  Osher Clinical Center for Integrative Medicine at Harvard Medical School; and Matthew Kowalski, DC, a staff chiropractor at the Osher Integrative Care Center.Comment:  One might imagine this hill on the medical landscape has been taken for integrative health. Yet, even though this will not sit well with the pharmaceutical medicine lobby, the most vilified player in the U.S. medical industry, they know that their retreat will not need to be hasty. They have an ally in maintaining control of the lucrative terrain—the equally vilified insurance industry.When the veteran at the beginning of the article spoke of his decades of pain released by integrative self-care and treatments, he prefaced his comments by saying, “None of these therapies were available to me back then.”The VA did not offer the integrative treatment. The socialized, single-payer system did not pay individuals to provide the services. Then, unbeholden to the insurance industry, the VA made the changes leading to the diminution of human suffering captured in the story of the ex-banker’s story, multiplied many times over by other veterans.For the rest of us, as Consumer Reports’ survey found, the payment barriers remain. “People also told us that their insurers were far more likely to cover visits to doctors than those for nondrug treatments—and that they would have gone for more of that kind of treatment if it had been covered by their health insurance.”

The pharmaceutical industry knows that the non-intuitive incentive structure under which the insurance industry works that it will not be quickly responding to the ACP guidelines, the consumers’ wishes, or veterans’ experiences.In the U.S. industry, the responsibility for change in the payment structure lies with the Center for Medicare and Medicaid Services (CMS). When CMS adds coverage to Medicare, or to facilitate inclusion in Medicaid, insurers typically follow suit. In recent months, integrative health writer and activist Taylor Walsh has been linking with integrative health leaders to create the links with CMS. Here’s hoping something good for pain care will come of this work.
About the Author:

Top Healthcare Trends to Watch in 2018

The Chanda Plan’s Integrative Therapies for the Disabled