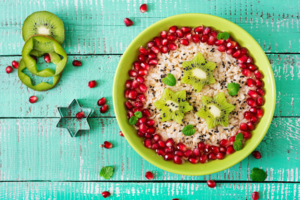 For this first time in history, the U.S. Department of Agriculture (USDA) is seeking public comment as it develops its 2020-2025 Dietary Guidelines for Americans (DGA). The comment period closes Friday March 30, and comments can be made on DietaryGuidelines.gov.The USDA and its partners at the U.S. Department of Health and Human Services (HHS) opened the public comment period in February, requesting feedback on the proposed priority topics and supporting scientific questions that will guide the development of the upcoming  edition of the DGA."This important, new step reflects our continued commitment to ensure that the DGA development process is transparent, inclusive, and science-driven, and to incorporate recommendations and feedback on the process received from stakeholders," said the agency in a press announcement.The USDA and HHS are proposing a "life stage approach" for this edition of the DGA, focusing on priority scientific questions from birth through older adulthood. The 2014 Farm Bill mandated that, starting with the 2020-2025 edition, the DGA provides guidance for women who are pregnant, as well as infants and toddlers from birth to 24 months. In addition to a focus on life stages, the topics and supporting questions for public comment reflect a continued focus on patterns of what we eat and drink as a whole, on average and over time, not on individual foods or food groups.The topics the USDA and HHS propose are based on four criteria: relevance, importance, potential federal impact, and avoiding duplication.“We know that good nutrition together with physical activity can help decrease Americans’ risk of developing serious health conditions across the life span,” said Don Wright, MD, MPH, deputy assistant secretary for health at HHS. “The Dietary Guidelines for Americans help support healthy choices at home, school, work, and in the community. That’s why we are encouraging the public and stakeholders in nutrition to submit comments up front to help inform the next edition of the guidelines.”In 2017, Congress mandated the National Academy of Sciences to review the process for developing the Dietary Guidelines. The report found flaws with the process, including  industry influence and conflicts of interest on the Dietary Guidelines Advisory Committee members.They also found the committee ignored large areas of data, including that on saturated fat and low-carbohydrate diets. Many committee members were supported by industry, including PepsiCo and vegetable oil manufacturers.Two of the main issues they’re asking for comment on are dietary levels of carbohydrates and saturated fats, which the non-profit Nutrition Coalition identified as areas where DGA recommendations are not in line with current scientific thinking.After finalizing the topics and supporting questions, the USDA and HHS will post a public call for the Dietary Guidelines Advisory Committee nominations. The areas of expertise needed will be based on the final topics and supporting scientific questions, resulting in a "coordinated and efficient scientific review," they say.
About the Author: