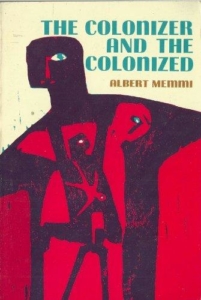 by John Weeks, Publisher/Editor of The Integrator Blog News and ReportsEditor’s note: This analysis article is not edited and the authors are solely responsible for the content. The views and opinions expressed in this article are those of the authors and do not necessarily reflect the official policy or position of Integrative Practitioner.As a student of history and political science in the leftist mid-1970s in US universities, colonialism and neo-colonialism where a lens frequently provided to understand history. The oppressor versus the oppressed. The center and the periphery. The industrial North and the underdeveloped South.In an influential book, Algerian author Albert Memmi captured the energy as The Colonizer and the Colonized.  The work, as the Wikipedia page says, “explores and describes the psychological effects of colonialism on colonized and colonizers alike.”Less than a decade later, I began work seeking to elevate the stature of medical approaches that focused on whole person, natural health methods. My first job in this area was in the reemergence of the naturopathic medical profession. These frameworks were helpful. Power inequities frequently did (and still do) dominate good sense, and often, science.  Red-lining exclusion dominated economics. Global political frameworks had their resonance inside the integrative encounter. 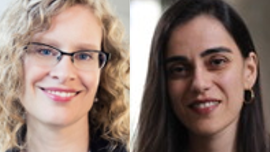 With time, these themes rooted more deeply. I both experienced and began to exude classic psychic elements of Memmi’s oppressed. Embattled and fighting for recognition – licensing and accreditation – we continuously reminded ourselves of our importance and of the deficits of those arrayed against us. The damning attacks on us as quacks and frauds we parried by highlighting regular medicine’s weaknesses and resolutely defending our views. Large truths about each fell into shadow.The ensuing thirty-five years have witnessed un-imagined advances via the elbowing and intersecting trajectories and paradigms of multiple parties to what is now captured, perhaps with too little dissonance, as “integrative health and medicine.”Into this context comes a call to re-open the smoothed-over early debates. Canadian whole systems research leader Heather Boon, BScPhm, PhD and her health services and policy research protégé Nadine Ijaz, PhD  are urging a re-examination of the dominance of what they call “colonial” models in practitioner regulation.  The vehicle for the call to dialogue for the two University of Toronto academics – Boon is dean of the school of pharmacy there - is an open access, peer-reviewed commentary.Ijaz and Boon position their work around the WHO Traditional Medicine Strategy 2014-2023. That document called for regulation of traditional medicine practitioners globally. Yet any licensed chiropractor, Traditional Chinese Medicine (TCM) practitioner or naturopathic doctor who is living in the “integrative” era in North American may experience the commentary as picking scabs and opening old wounds.Ijaz and Boon set the stage with a referenced assertion: “Biomedicine’s globalized dominance is far less the result of biomedical science’s evidenced efficacy than it is a feature of the ongoing sociopolitical subordination of precolonial indigenous knowledge systems and related healthcare practices.” 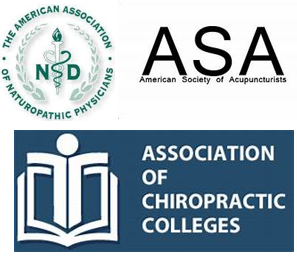 They establish the playfield: power-relations rule over the ideal of objective science. What member of any of the so-called “licensed CAM” professions – or of the functional and MD-dominant integrative communities for that matter - has not had reason to complain of that?The submission of these professions to the dominant industry has servile features typical of the colonized. The initiation into the court of biomedical science meant leaving the power of one’s whole practice at the door. Instead, value would only be registered via what Ijaz and Boon call “biomedical-style research” – a typically reductive model suited to the pharmaceutical industry but not to whole systems. Some not-surprising result of this reductivity follow:Ijaz and Boon note a power position held by biomedicine for most of the quarter century of integrative activity: “In line with its globally dominant position, biomedicine is widely and falsely universalized as ‘culturally neutral.’”Yet over this same quarter century, biomedicine’s problematic outcomes have birthed a value-based medicine movement that poses a multi-front challenge to this presumed neutrality. The dominant model is eroded by foci on patient-centeredness, concern over practitioner resilience and well-being, interprofessionalism and team care, and attention to chronic conditions and outcomes rather than mere biomedical indices.The Ijaz-Boon paper re-awakens the original paradigm questions in a time of relative weakness for biomedicine and strength for more integrative, whole person models. Maybe it’s time to start looking back to re-own the portions of these whole practices that were sheared off by the colonial encounter.
About the Author: