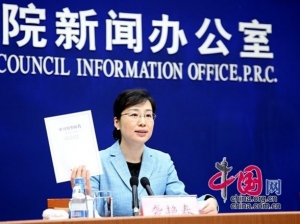 The dissonance of the December 6, 2016 media release by Chinese news agency, Xinhua, is astonishing. The content shares that, as of 2015, the nation had 3,966 Traditional Chinese Medicine (TCM) hospitals, 42,528 TCM clinics, and 452,000 TCM practitioners and assistant practitioners across the country. Yet, the official government report containing this information, titled Traditional Medicine in China, is the first white paper on traditional Chinese medicine. The question, with all this activity, is why has it been so long in coming?

Sometimes, it may be difficult to honor what is under one’s nose—even when these TCM practices appear to be more cost-effective, in both inpatient and outpatient delivery.

The Chinese government’s most significant investment is in Western medical approaches. The medical care provided by TCM institutions remains a but growing, of the national total, which, from 2009 to 2015, increased from 14.3 percent to 15.7 percent.

The white paper, however, is pegged to an emerging “new era” in which ideas on fitness and medical models change and evolve. The government chose to highlight that TCM “has created unique views on life, on fitness, on diseases and on the prevention and treatment of diseases during its long history of absorption and innovation.” In short, “traditional Chinese medicine has come to underline a more and more profound value.”

Among the values is cost-effective care. The report shares that both outpatient expenses per visit and inpatient expenses at public TCM hospitals were lower than those at the general hospitals that dominate care delivery. The savings for outpatient and inpatient were at 11.5 percent and 24 percent, respectively. They conclude, “With relatively low cost, TCM has contributed rather a higher share of services in relation to the resources it is entitled to.”

The report was published the State Council Information Office, pictured. The sheer size of the TCM enterprise in China comes across in other data. Some 60,000 TCM and ethnic minority medical drugs have been approved. These are delivered through 2,088 “pharmaceutical enterprises” that follow the nation’s Good Manufacturing Practice (GMP) for traditional Chinese patent medicines. The TCM pharmaceutical industry produced $114 billion U.S. dollars in or 28.55 percent of the total pharmaceutical output.

TCM is a global industry. The release notes that TCM has been spread to 183 countries and regions around the world. The World Health Organization reports that 103 of its member states approve acupuncture and moxibustion practices. In addition, the Chinese government has signed 86 TCM cooperation agreements with other countries and international organizations. The government has invested in 10 TCM centers overseas.

The government tracks the origins of new interest to a Communist Party decision in 2012. This year, the party issued a follow-up grand blueprint to revitalize TCM, “Outline of the Strategic Plan on the Development of Traditional Chinese Medicine (2016-2030).” The report ushers in a new era of development for TCM, the release says.

Comment: The tone throughout the release is a paradoxical mix of pride, and of a late-blooming realization by a Western-oriented, nominally Communist Party-run medical system that there is value in their traditional practices. It is as though it took the global health crisis, the Western “New Age” and “integrative medicine” movements,  to provoke the Chinese to begin to proudly advocate for their cultural, medical, and economic treasure.

Notably, TCM’s economic value to the Chinese cuts two ways: global exports of products and services and medical cost savings inside their own system.

The cultural part of the contribution reminds me of an informal comment I heard from a when I had the opportunity to work in Hong Kong in 2013 on what became the WHO’s 2014-2023 Traditional Medicine Strategic Plan. He said that, in the era of the U.S. economic ascendance, the U.S. wrapped its economic adventurism in the idea—if not the often the practice—of the expansion of democracy. China, he said, is using TCM as its cultural wedge. Those 86 TCM cooperation agreements with other nations are remarkable evidence of the success of the strategy.