In 2011, the American Dietetic Association announced a name change to the Academy of Nutrition and Dietetics. The organization, with its over 100,000 dietitian members, positions itself as the nation’s policy voice on food and nutrition. The new name suggested new reach. Yet despite the addition of the word "nutrition," the change did not extend to include the nutritionists who are not also dietitians. An upstart group of nutrition professionals - now operating as The Center for Nutrition Advocacy - had already begun a series of legislative victories that have effectively ended the era of the dietitians as the sole voice on the subject of nutrition.The battle between dietitians and other professionals with historically more expansive views of the role of both food and dietary supplements in medicine and health has raged for at least a half century. The tide began to turn in a big way with the strategic intervention of the Board Certification of Nutrition Specialist (BCNS). The BCNS is tied to some of the most significant names in nutrition, including its Board member Jeffrey Bland, PhD, and allies such as Gretchen DuBois, executive director of the Alliance for Natural Health. The Board distinguished itself by achieving something no other nutrition certification had: accreditation through the National Committee for Competency Assurance (NCCA), the respected authority on certification.  The non-dietitian nutritionists finally had a standard that could command respect from legislators and other policy makers. 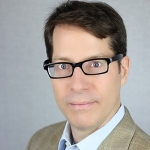 I spoke with the individual who has been working with various teams and a network of organizations to shift this policy ground, Michael Stroka, JD, MBA, MS, CNS, LDN (pictured right). He shared that through the work of BCNS and the Center, seventeen “exclusionary bills” backed by the ADA/AND that would only recognize dietitians were “defeated or held from moving.” In 2011-2012 these were in California, Colorado, Hawaii, Illinois, Nevada, New Jersey, New York, Virginia, and West Virginia, Wisconsin. Amidst similar protective work in 2013-2014, the Center took another step forward: they were formally able to include non-dietitian nutritionists in legislation in the state of California.

The Center’s advocacy work has not been limited to state legislatures. Stroka shared that they have “had an increasing federal presence to ensure nutrition professionals are recognized in federal legislation and policies.” A core part of the work is in “educating legislators to the differences between dietitians and nutrition professionals.” A second relates to both the state and federal agendas. They filed two “substantive comments” to the Federal Trade Commission relative to “anti-competitive mechanisms employed by national and state dietetics associations.”More remarkable even than their defensive work has been the Center’s stepwise insertion of the BCNS and the “Certified Nutritional Specialist” in federal regulations. Their strategic campaign has taken them to the Bureau of Labor Statistics Occupational Handbook website which now also “identifies the Certified Nutrition Specialist Credential as the advanced nutrition credential” in the Bureau’s definition of “Nutritional Professional.” They filed a successful brief that altered a key Centers for Medicare and Medicaid provision. The current language “now allows both dietitians and qualified nutrition professionals to give therapeutic diet orders in hospitals independent of physicians.” The rule previously named only dietitians. Finally, the Center “helped revise the Physician Compare (Medicare.gov resources) website to name nutrition professionals in addition to registered dietitians.” 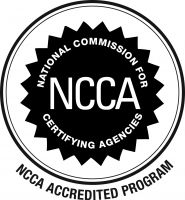 Comment: The Welsh poet Dylan Thomas has his lead character in “Adventures in the Skin Trade” comment that, every now and then in life, one turns around and finds one has shed a skin. Interviewing Stroka was such a skin shedding for me relative to nutrition policy in the USA. I had not followed the strategic work of the BCNS-CNS-CAN collaboration until a colleague, Ruth Westreich , hosted a meet and greet in October 2015 at the Academy of Integrative Health and Medicine conference.Clearly, the skin of ADA dominance that brought us the S.A.D. (Standard American Diet) is being peeled off, thanks in large part to this work. The lesson for all of us is that the success began not with railing against the dietitian monopoly. Rather, it began with setting a quality standard and then successfully getting third-party recognition via the NCCA.Stroka is clear that he would like to draw resources to the Center that will allow them to amplify the Center’s advocacy work for a new view of nutrition both in D.C. and the other states. A face-off is emerging. On the one side, the Center and its set of sponsors – Emerson Ecologics, Integrative Therapeutics, Natural Partners, Standard Process and others. On the other, the dietitians’ Academy and their core supporters: National Dairy Council, Abbott Nutrition, and Pepsi Co. While hardly a level playing field relative to bankroll, all the more power to the BCNS and the Center for breaking the dietitian’s hegemony.
About the Author: