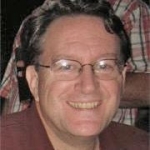 The director of the Integrative Health Policy Consortium (IHPC) CoverMyCare campaign, Taylor Walsh (pictured right), has offered a somber look at the 6 years since the U.S. Congress placed Section 2706, the “Non-Discrimination in Healthcare” provision, into the 2010 Affordable Care Act. The Congressional act was expected to break down barriers to insurance payment for licensed chiropractors, acupuncturists, naturopathic doctors and others. However, according to Walsh, the expectation has not yet become the reality: “On one hand, nothing has happened. On the other hand, because little has happened in the Federal Triangle, plenty is happening in the states.”In Walsh’s article at The Altarum Institute, he summarized the resistance from federal agencies. The potential was down-valued via the interpretation originally promoted by three federal agencies. He pointed out that the section has no enforcement requirements. “Section 2706 giveth and it taketh away,” Walsh wrote.His words reference the initial sense of many that the single touch by Congress – via Section 2706– would miraculously transform a terrain fraught for decades with prejudice, polarization and political-economic battles. He shares how Congressional pressure from former US Senator Tom Harkin forced the agencies to redact their initial protection of the exclusionary landscape. While Section 2706 clearly requires change from insurers, the re-interpretation by the federal agencies still fell far short of the directives needed to illuminate and energize a new era.According to Walsh, the best federal news has come from the ongoing efforts of the American Association of Naturopathic Physicians, (AANP). Working with its affiliates in 6 states, the AANP submitted evidence of clear examples of discrimination that Section 2706 intended to address. The Center for Medicare and Medicaid Services (CMS) review of the product of the naturopathic doctors’ may prove to be welcome news not just for the access to covered naturopathic medical services, but also for multiple practitioner types. It remains to be seen whether or not the feds will reach out to the state insurance commissioners directly. 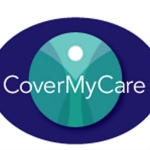 Walsh paints a more hopeful picture with regards to state activity. “It is in the states where the provisions that are needed to end insurer discrimination are taking root.” He stated that the first evidence of this took place in 2015 “when Oregon and Rhode Island enacted laws mirroring Section 2706, either directly or in part.” The “Minnesota Fair Care” campaign is picking up sponsors to pass a similar statute. Walsh went on to discuss emerging activity in Vermont, New Mexico, New Jersey, Iowa, Illinois, New Hampshire and West Virginia. Each activity has typically been led by affected provider groups working with their patients.He concluded that “while HHS considers the evidence of discrimination as presented by AANP, it may well start to receive similar evidence from these states where advocates are at work assembling patient and provider stories of reimbursement denied.”Comment: Walsh chose to call his piece “Salvaging Crippled Federal Law in the States.” Many in integrative health and medicine hoped – against the evidence of history – that the mere passage of the law would open a new era in healthcare integration. Shoot, why don’t they just do the right thing? Despite having witnessed the prolonged battles in the courts and regulation proceedings in my home state of Washington from 1996 to 2001, I was among those who hoped that the integrative telomeres had grown over the course of the past 15 years and that everyone might be more open and affirming.IHPC was smart about what would be needed from the beginning. The multidisciplinary organization with 16 Partners for Health quickly made a decision. For the first time in its decade of productive activity, the policy group would break out of the Beltway and seek to organize and support efforts on the ground, state-to-state. Retaining Walsh to create and manage CoverMyCare was a critical piece of the strategy.I have known Walsh for years as a colleague, regular check-in when I am in D.C., and as a columnist at The Integrator Blog. He has done terrific work on a shoe string. The movement needs to amp up this work; doing so will require philanthropic or grant support.The Integrative Healthcare Symposium chipped in last year with a program to allow donations from attendees through their conference registration. Who else will step up? The integrative philanthropic community poured $30-million into academic medicine strategies- but not a nickel into this. Might some of these help this policy battle? Is it you? Someone you know? Let’s jack up the ability of this law to create access where access to quality integrative care has been denied.
About the Author: