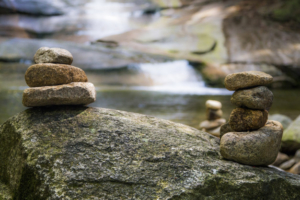 Learning techniques to help manage stress may help people with epilepsy reduce how often they have seizures, according to a study published in the February 13 online issue of Neurology, the medical journal of the American Academy of Neurology."Despite all the advances we have made with new drugs for epilepsy, at least one-third of people continue to have seizures, so new options are greatly needed," said or Sheryl R. Haut, MD, study author and physician at Montefiore Medical Center and the Albert Einstein College of Medicine in the Bronx, NY. "Since stress is the most common seizure trigger reported by patients, research into reducing stress could be valuable."The study, funded by the Shor Foundation for Epilepsy Research and the Epilepsy Foundation, involved people with seizures that did not respond well to medication. While all of the 66 participants were taking drugs for seizures, all continued to have at least four seizures during about two months before the study started.During the three-month treatment period all of the participants met with a psychologist for training on a behavioral technique that they were then asked to practice twice a day, following an audio recording. If they had a day where they had signs that they were likely to have a seizure soon, they were asked to practice the technique another time that day. The participants filled out daily electronic diaries on any seizures, their stress level, and other factors such as sleep and mood.Half of the participants learned the progressive muscle relaxation technique, a stress reduction method where each muscle set is tensed and relaxed, along with breathing techniques. The other participants were the control group—they took part in a technique called focused attention. They did similar movements as the other group, but without the muscle relaxation, plus other tasks focusing on attention, such as writing down their activities from the day before. The study was conducted in a blinded fashion so that participants and evaluators were not aware of treatment group assignment.Before the study, the researchers had hypothesized that the people doing the muscle relaxing exercises would show more benefits from the study than the people doing the focused attention exercises, but instead they found that both groups showed a benefit, and the amount of benefit was the same.The group doing the muscle relaxing exercises had 29 percent fewer seizures during the study than they did before it started, while the focused attention group had 25 percent fewer seizures, which is not a significant difference, Haut said. She added that study participants were highly motivated as was shown by the nearly 85 percent diary completion rate over a five-month period."It's possible that the control group received some of the benefits of treatment in the same way as the active group, since they both met with a psychologist and every day monitored their mood, stress levels and other factors, so they may have been better able to recognize symptoms and respond to stress," said Haut. "Either way, the study showed that using stress-reducing techniques can be beneficial for people with difficult-to-treat epilepsy, which is good news."Haut said more research is needed with larger numbers of people and testing other stress reducing techniques like mindfulness based cognitive therapy to determine how these techniques could help improve quality of life for people with epilepsy.
About the Author: