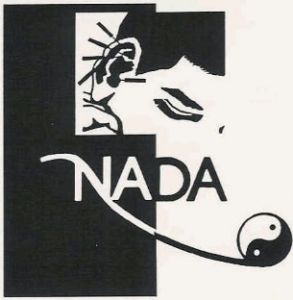 The notion that stress relief can be a useful tool in a multitude of conditions is a given in the chaotic and fast-paced lives that most of us live. Even the most sedentary can be frazzled by demands of social media. Meantime opioid-related morbidity and mortality are provoking multiple agencies to open doors to new treatment options. In these contexts, the Connecticut state legislature decided recently to expand the scope of practice for the state’s acupuncture detoxification specialists (ADSes) to include the broad category of “behavioral health.”The news was published in the Summer 2016 issue of Guidepoints, the publication of the National Acupuncture Detoxification Association (NADA).  The work to expand the practice rights reportedly began in the fall of 2015 when Connecticut members, including the Yale School of Medicine-based author of the article and NADA trainer, Denise Romano, ARNP (pictured

right) “met to discuss expanding the 20-year-old acudetox specialists law.” These specialists are individuals who are certified to deliver the five-needle ear acupuncture protocol. In most jurisdictions, the practice is limited to addiction issues. The practitioners must either work under direct supervision, typically of a physician or a licensed acupuncturist, or through an “indirect” supervision through which the physician need not be onsite.However, as the article notes, the NADA protocol – typically delivered in a group format - can be helpful for a range of conditions. “The vision,” writes Romano, “was to provide greater access to the NADA protocol for underserved and at risk populations by expanding the settings where the protocol can be performed.” As noted elsewhere in the Guidepoints issue, use of the protocol is linked to reduced cravings of multiple substances, lower depression and anxiety, diminished chronic pain, better sense of well-being, and increased ability to cope with stress.The ADS activists got what they wanted. The broader definition of possible settings for delivering the protocol creates potential to serve in places like “homeless shelters, HIV/AIDS clinics, jails, college campuses, hospice-care facilities, hospitals and first-responder sites” as well as individual clinical practices.  The group was not successful in its attempt to amending the supervision regulation. 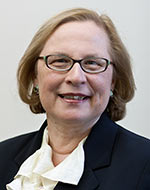 The vehicle for the change was HB 5053 An Act Concerning Opioids and Access to Overdose Reversal Drugs.  “Part of the success with these changes,” writes Romano, “had to do with the fact that the legislators are desperate to find solutions for the opioid crisis.” The bill’s champion, state Senator Terry Gerratana (pictured left) is quoted: “I don’t care how you do this, but I want to see ADSes out in the community.”While some individual acupuncture and Oriental medicine professionals were aligned with the move, the Connecticut Society of Acupuncture and Oriental Medicine opposed the scope expansion naming safety concerns. Romano notes that the “fact that there have been no insurance claims against any ADS in 30 years is great evidence of the safety of the protocol.”Comment: In war time, barriers often fall. Women were welcomed out of the kitchen and into industrial jobs as machinists – see Rosie the Riveter in WWII. Just so, the war against opioid abuse means consideration of expanded scopes for this registered provider type. Ironically, of course, the original value of the ADSes is in addiction treatment, a subcategory of which is opioids. That noted, I am a fan of NADA, beginning with its great “nothing” name - a blow against the empire of professional aggrandizement.  I’ve been a beneficiary of the off-label use of the protocol for stress-related issues and have reported its value in such disaster zones as Nepal after the recent earthquake. The battle of the organized acupuncturists against the field goes back over 20 years. My view: that profession would do better to focus on action to create more access to needles, rather than to restrict it.
About the Author: