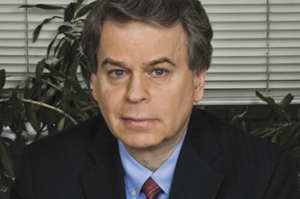 One of the most significant pioneers in nutritional cancer care was Nicholas J. (Nick) Gonzalez, MD (pictured left). Gonzalez, who was an investigative journalist in his first career, “approached medicine with the inquisitiveness and determination” he’d gained in that field, according to Andrew Campbell, MD, the editor in chief of the peer-reviewed and indexed Alternative Therapies in Health and Medicine (ATHM). Gonzalez, who developed a supplement-intensive approach to cancer treatment that became known as the “Gonzalez regime,” died last year. On the occasion of the one-year anniversary of his death, Campbell chose to substantially devote an issue of the ATHM to multiple voices honoring Gonzalez’ work. The tributes, fittingly, are associated with ATHM’s publication of Gonzalez last paper, completed, according to Campbell, on the day he died.In the series of tributes, long-time investigative reporter on alternative medicine topics Peter Barry Chowka – who covered Gonzalez career more than any other journalist – shares how Gonzalez found his way into nutritional medicine through the work of the controversial orthodontist and pioneer in nutritional medicine, William Donald Kelley, DDS. Kelley was a highly visible alternative practitioner in the 1970s-1980s dark ages for integrative treatment. Gonzalez began developing his own Kelley-influenced enzyme based approach for which Gonzalez became increasingly visible – and controversial – in the 1990s.One of the other articles, by a Gonzalez colleague Julian Hyman, MD, describes a time when Gonzalez, a Cornell medical school graduate, was challenged by the New York State Board of Medicine. Gonzalez was ultimately let off. Hyman, who worked in the Department of Oncology at Roosevelt Hospital describes how the Gonzalez character and intelligence diminished the furor against his practice.A more recent colleague, Colin Ross, MD, shares some of the controversy surrounding the pancreatic cancer trial purportedly set up to examine 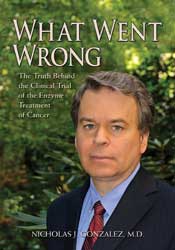 his use of pancreatic enzymes. As Ross points out, of the 39 patients in the trial, only one completed the protocol “and 30 others either took no enzymes or followed the protocol incompletely.” Observers from inside the NIH questioned the methods. Those from the alternative medicine community considered the NIH-backed trial essentially a deeply flawed if not utterly fraudulent piece of science created to diminish Gonzalez challenge to mainstream practice. Ross references the National Cancer Institute web-page – still up - on Gonzalez work: “It contains inaccurate and distorted information about the Gonzalez protocol.” He adds that “when I wrote to the NCI about these inaccuracies, it declined to make any revisions.” In 2012 Gonzalez wrote a book about the experience: What Went Wrong: The Truth Behind the Clinical Trial of the Enzyme Treatment of Cancer (New Spring Press).Gonzalez closest ally – who is now carrying on his work – is his former practice partner of two decades, Linda Isaacs, MD. Isaacs offers a recollection of Gonzalez as a practice colleague. She shares how in 1993 Gonzalez, amidst the first flush of federal interest in research on complementary and alternative medicine, was invited to submit some of his “exceptional” cases. Isaacs and Gonzalez developed a monograph of 25 of these apparently exceptional patients to make their case to the cancer research establishment. In a first limited trial, Gonzalez patients lived longer on average than those with normal treatment for the difficult cancer. This led to the larger trial that Ross referenced, and the controversy that followed.Each of the articles are fully available to non-subscribers to ATHM via a trial subscription. Alternatively, a combined subscription to ATHM, Integrative Medicine: A Clinician’s Journal and Advances is available for $100. 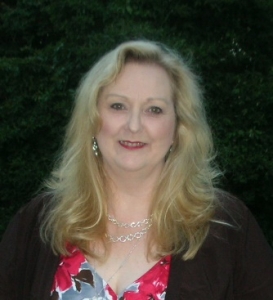 Comment: Beth Clay (pictured) was a former aide to Wayne Jonas, MD at the National Institutes of Health Office of Alternative Medicine during the time of the first consideration of Gonzalez work. Clay introduced me to Gonzalez and his work over 15 years later, in 2012. Like Hyman, I was immediately taken with Gonzalez’ direct talk and sense of integrity. Clay was then working with Gonzalez to get more visibility for Gonzalez What Went Wrong book on the NIH trial. Clay, who had also worked as a staff member for the House Government Oversight Committee was familiar with the process of big investigations involving governmental agencies. I published in a piece she wrote in the Integrator Blog News & Reports in mid-2012 as  Beth Clay: An Insider on Gonzalez' New Book on the NIH's Trial of His Pancreatic Cancer Treatment.In her column, Clay sites a section of a 2009 piece on Gonzalez work she had previously reported via the Integrator Blog: "The last decade as far as the general public and the alternative medicine community knew was devoted to the rigorous management of what might have been the most important pancreatic cancer study of the century. Instead what took place was a series of management failures by at the NIH both at NCI and NCCAM. Further, there were serious violations of the research protocol (including mismatching the arms of the study and then retrospectively re-staging them in an attempt to equalize them) and failure to insure human subject protections by the principal investigator; attempts at the NIH to brush the violations and mismanagement under the rug either through malfeasance or incompetence; and a government investigation that confirmed that [the researcher selected to carry out the study] failed two thirds of the time to provide adequate informed consent to patients. And finally, a failed and then successful attempt by Dr. Chabot to publish a fraudulent research paper." Good for ATHM and Campbell to take the occasion of the first anniversary of Gonzalez death to honor the man, and his work.
About the Author:

Furies over vaccines: Trump, Kennedy, Neides, and the Cleveland Clinic