by John Weeks, Publisher/Editor of The Integrator Blog News and ReportsEditor’s note: This analysis article is not edited and the authors are solely responsible for the content. The views and opinions expressed in this article are those of the authors and do not necessarily reflect the official policy or position of Integrative Practitioner.The American Medical Association recently published a report entitled “The National Economic Impact of Physicians. The authors concluded that medical doctor practices in the United States contribute $2.3 trillion to the economy each year. AMA president David Barbe, MD boasted that this "illustrates that physicians are strong economic drivers.”The AMA front-man characterized the findings with additional warmth. Medical doctors “are woven into their local communities by the commerce and jobs they create. These quality jobs generate taxes to support schools, housing, transportation and other public services in local communities."More physicians! More medicine! More jobs! More tax revenues! Whoopee.Here is the detail in this happy merry-go-round: 737,000 medical doctors create 12.6 million direct and indirect jobs generating $2.3-trillion of direct and indirect economic activity. This totals $1-trillion in wages and $93-billion in state and local tax revenue that support multiple community programs. 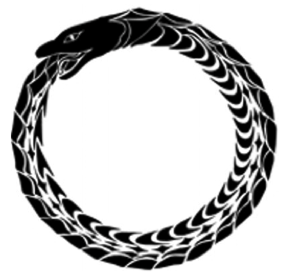 One suspects that some of the uses of these taxes are truly uroboric - the mythological snake, the uroboros, who completes the circle by biting his own tail. Such taxes generated by medical doctor activity presumably support public costs of medical education and underwrite Medicaid and other payment programs. These re-up the supply and reimbursement of medical doctors who employ the physicians, nurses, social workers and administrators whose stops at Starbucks on the way in, at break, or on the way out of work contribute to the 9-million indirect jobs that produce the tax revenues that increase the supply of medical doctors.The AMA displays an ugly myopia with this celebration.The authors and the AMA sponsor apparently tried to discover the last meter-maid whose work might be related to the humming of the nearby hospital. Yet their celebration misses the broader context of the whole value to society of investment choices related to medicine. They suffer from amnesia in their reductive focus on these data.In their celebration, the AMA forgets that all this job creation and tax payment from medical industriousness is ripe with over-production and excessive care. An estimated one-third of what is done in US medicine is waste. Some believe it might be 50%. This unnecessary, physician-related job production and revenue is well documented in Shannon Brownlee’s Overtreated: Why Too Much Medicine is Making Us Sicker and Poorer and elsewhere. The AMA is aware. 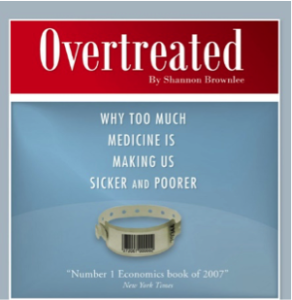 Note that this waste and the related employment, jobs and taxes are not benign.As Brownlee shares in her title, much of this waste is making us sicker. One might assume that a significant portion of the jobs and taxes detailed in the AMA’s report contribute to the estimate of 251,000 medical deaths each year. Loose projection would conclude that the direct and indirect jobs involved in the production of medical waste are linked to 80,000 of those deaths.Thus, the article on the AMA’s project could have been titled: “AMA Report: Medical Waste and Errors Boost Economy.” The lead-in might read: “Today the AMA has released a report that found that medical waste is positively contributing an estimated 4.2 million jobs and roughly $800-billion of economic activity.”This is absurd of course - but begins to suggest why the AMA has no business boasting of its profession’s economic clout.What is particularly savage about this reductive more-is-better view is the anticipated use of the report: “This report provides data that can be used by key health care policymakers, legislators and thought leaders. It also demonstrates how physician practices both ensure the health and well-being of communities as well as support local economies and enable jobs, growth and prosperity.” There is no reference I found to the report being a guide for where to start cutting. 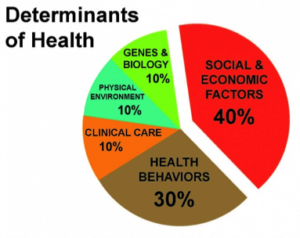 The AMA has apparently also forgotten the social costs of all this job creation. It limits our ability to create more job in schools, social services, smart energy and infrastructure projects. We have fewer resources to invest in positively shifting the determinants of health that motor health creation.What’s needed from the AMA is whole cost accounting. The AMA’s authors would have contributed more by exploring the economic damage associated with the presently specialist-focused job creation. What losses come from inappropriately investing in specialists rather than in primary care? From high tech procedures rather than community medicine, health promotion and prevention? What are the opportunity costs - the foregone potentials from pitching legislators and Congressmen with data that bluntly argue “don’t mess with our status quo - we are huge employers and tax-generators”?Chances are, such an analysis would never have been published – nor used as talking points with policy makers.As a child in a Boeing-dominated Seattle, employment was floated not only by jet sales but by huge Congressional appropriations that paid salaries for Boeing’s military business – and thus all the indirect jobs and tax revenues. Supporting the nation’s decisions to spend more on war was a local economic no-brainer. Whether a continuous war-time economy was a social good was reduced to myopic local interests. Not much generosity or vision in that mission statement.Which brings me to my headline.Adoption of an integrative, community-based, biopsychosocial-enviro model, with sustained investment in assisting human beings toward positive life changes, will definitely have its job-creating impacts. Opportunities will abound for primary care doctors and nurses, integrative health practitioners, health coaches, health workers, yoga teachers, counselors, nutritionists, social workers, fitness center workers, and organic farmers.These, however, won’t drive much employment at Lexus dealers and luxury goods retailers.And a whole cost accounting of such a transformation of the medical industry’s priorities toward a system of health creation would wreak havoc on the specialists, machinery, and infrastructure of the hospitals with their hierarchies of medical specialists who are the top-dogs of direct and indirect job creation. 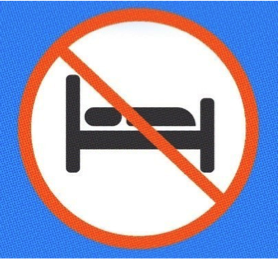 Twenty years ago, Dean Ornish showed that implementation of his integrative, multi-modality, lifestyle program would cut back the need for angioplasty and bypass. A 2016 report from the Benson-Henry Institute on the role of mindfulness programs alone were linked to 43% reduction in medical resource utilization. Patricia Herman has documented early evidence of cost effectiveness from integrative care.These practices are hell on hospital employment and on the nearby Starbucks.Philanthropist and integrative health leader Penny George recently commented on the “perverse incentives” against health and well-being in the medical industry. I explore the theme of integrative health’s misalignment with the expansionist animus in this report here. Transformation will create significant economic displacement. Transformation will need job re-training programs.A recent story in Politico called The Case Against Hospital Beds notes a savvy though grossly misrepresenting billboard from Mt. Sinai Medical Center. That nominally “not-for-profit” $6.6-billion unit of the medical industry - #29 on the Forbes list - portrayed itself to the people of New York this way: “If our beds are filled, it means we’ve failed.”Rather than reveling in the trillions of dollars in its realm, the AMA should focus on treating the massive failure events that this report so neatly encapsulates. The best doctor is not an employment generator. The Mt. Sinai advertising campaign may have been misleading about its interests but was right about this: the best doctor is one who is not needed.
About the Author: