Ten alternative cold and flu remedies to try with your patients 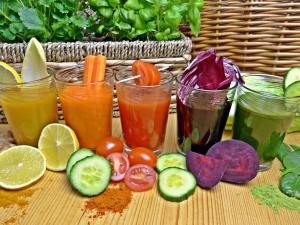 Cold and flu season is officially upon us. Homeopathic and alternative remedies have been shown to increase effectiveness of antibiotics, or eliminate the need for intervention altogether.

A 2005 study of 499 children showed that children whose colds were treated with homoeopathy were more likely to feel better than children whose colds had been treated conventionally. The homeopathically-treated children also had fewer complications. Another 1994 study of 175 children showed that those given a homoeopathic remedy had less symptoms and needed fewer antibiotics than those who had been given a placebo. They also went on to need fewer adenoidectomies.

Homeopathic medicine has great potential when used in conjunction with conventional medicine. Here are ten simple remedies you can try with your patients to help stop colds and flu symptoms in their tracks.

Even though lemons taste acidic, their juice helps to alkalinize the body. Lemons are loaded with vitamin C, which is known to support the body’s immune system. Lemon, as well as lime, is reported to decrease the strength of the cold and flu virus in the body and reduce phlegm.

How to use: Drink the juice of a lemon, or a few drops of lemon essential oil, squeezed into a cup of water or tea every few hours to build resistance or speed up healing.

How to use: Crush five cloves and mix with half a cup of honey.  Let it sit for a couple of hours and the mixture will become runny and thin. Take a teaspoonful at a time, as needed. If you’re worried about a severe odor or taste, crush a couple of cloves of garlic and “steep” them in hot water. Drink it like a mug of tea.

Cinnamon is known as a natural antibiotic, is a powerful antioxidant.

How to use: A teaspoon of raw honey and a 1/4 teaspoon of cinnamon can knock out a cold within a day or two.

How to use: Stir a teaspoon into a glass of water or use it in your cooking. In addition, the combination of honey with turmeric powder is an excellent remedy for a cough.

Peppers are a heart-healthy food with the potential to protect against cancer, as well as common cold and flu viruses. Cayenne pepper is a natural remedy for a sore throat that can often precede a cold or flu.

How to use: A mixture of hot red chili powder and orange juice is an effective remedy for sore throats and congestion. Or take a teaspoon of pepper in a glass of water immediately when you feel a cold or sore throat coming on. Its strong stimulatory effect can be enough to knock a cold out in the early stages.

Oregano is one of the best herbs for a cold. It is an excellent anti-inflammatory that contains phenolic acids, flavonoids, and color compounds that increase resistance and boosts immunity. Oregano is known for its antibacterial, antivirus, anti-fungus, anti-tumor, anti-inflammation, and anti-parasitic properties.

How to use: Oil of oregano is even more potent, and traditional healers since ancient times have used oregano extract to treat respiratory issues such as coughs, colds, flu, sore throats, and bronchitis. Add three to 10 drops of oil to a glass of water twice a day and continue until symptoms subside.

Ginger is a stimulant that will also warm you if you’re feeling chilled with your cold. It’s best used fresh rather than as a powder.

How to use: Peel and grate a small piece of ginger root and place in a cup of boiling water. Allowed it to steep for five minutes, sweeten with honey if desired, and sip whenever needed to soothe a scratchy throat or cough.

Peppermint can clear blocked noses and sinuses. It can also help the body fight off illnesses.

How to use: Enjoy it as a stimulating tea or add some peppermint teabags of it to your bath. A few drops of peppermint essential oil in a glass of water, or diffused, can also work wonders.

How to use: Add a tablespoon or two of apple cider vinegar to a tablespoon of honey and a cup of hot water to create an elixir to help ward off cold and flu symptoms.

A daily dose of honey can help you to feel energetic and stay healthy. It also has antibacterial and antimicrobial properties, so, if you do develop a sore or scratchy throat, honey will soothe and help heal. Research shows that children who take a spoonful of honey before bed cough less and sleep better than those who take over-the-counter products for coughs and colds.

How to use: Adding a little lemon to the honey will increase its anti-microbial effect. Honey and lemon can also be combined with hot water to make a soothing tea.

Have a favorite cold and flu remedy?

Share your favorite tips and tricks with us at [email protected] for a chance to have your idea featured in an upcoming roundup.