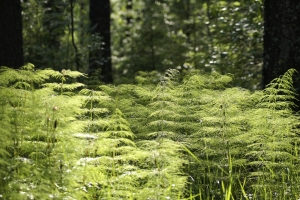 Toxins are everywhere, from the food we eat to the air we breathe, said Joe Pizzorno, ND, last Friday at the Institute for Functional Medicine’s 2017 Annual International Conference in Los Angeles, California.In fact, 60 percent of toxins we are exposed to come from food, while 10 percent come from water, 10 percent come from house and yard chemicals, 10 percent come from health and beauty aids, and 5 percent comes from the air. "These are my best estimates," said Pizzorno. "This will likely change as new research becomes available."While public health can decrease toxic load—banning harmful chemicals and substances in everyday use—integrative practitioners can take a proactive approach to chemical exposure. Here are eight ways you can help patients overcome environmental toxins. 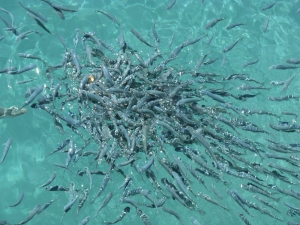 Choose organic, when possibleThe Environmental Working group publishes a list of "clean" and "dirty" foods. The Clean 15—sweet corn, avocado, pineapples, cabbage,  onions, sweet peas, papayas, asparagus, mangoes, eggplant, honeydew melon, kiwi fruit, cantaloupe, cauliflower, and grapefruit—are safe to eat regardless of whether or not they are organic.However, the Dirty Dozen—strawberries, spinach, nectarines, apples, peaches, pears, cherries, grapes, celery, tomatoes, sweet bell peppers, and potatoes—should be organic. "If you eat any of the dirty dozen, eat it organic or you’re poisoning yourself," says Pizzorno, who adds kale and hot peppers to his "organic only" list.While buying organic can be expensive, Pizzorno offers some perspective. "Would you rather spend money on your food, or would you rather spend money at the doctor?" he says.Eating organically-grown foods is proven to dramatically decrease neurotoxins. A child study done in Seattle found a 10-fold increase in ADHD among those who were exposed to persistent organic pollutants (POPs). After three days of eating only organically grown foods, blood levels dropped measurably.

Swap out your BPAA study published in The Journal of the American Medical Association (JAMA) looked at individuals who ate one 12 ounce serving daily for one week of either fresh soup or canned Progresso soup. Those eating the canned soup experienced a 12-fold increase in Bisphenol A (BPA) levels.In the journal, Hypertension, a group of researchers published a similar study that looked at individuals who drank two six-ounce servings of soy milk in a can compared to a glass. Those who drank out of the can saw a 16-fold increase in BPA levels, and systolic blood pressure elevated 4.5 mm HG. In addition, the increased BPA exposure resulted in two times the risk for diabetes.Pizzorno says opt for glass containers to avoid unnecessary exposure to BPA.

Switch up your beauty routine Health and beauty aids can be a significant source of POPs. Common products, such as cologne, aftershave, hair gel, deodorant, and lotion led to increased phthalates in the blood, according to Environ Health Perspect.Minimize use of chemical-laden health and beauty products and instead opt for natural alternatives or, ideally according to Pizzorno, none at all. 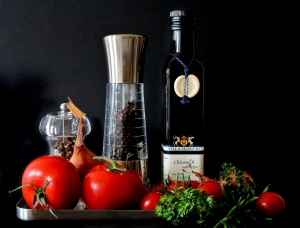 Mediterranean diet A Mediterranean diet is shown to slow aging and prevent neurological disease, says Pizzorno. Those following the dietary pattern closely have a longer lifespan and a reduced risk of neurodegenerative disease, including Alzheimer's.A review of all prospective cohort studies—nearly 600,000 subjects, found that greater adherence led to a significant reduction in overall mortality (-8 percent), mortality and incidence of cardiovascular diseases (-10 percent), incidence of or mortality from cancer (-6 percent), and incidence of Parkinson's disease and Alzheimer's disease (-13 percent).

FiberFiber is shown to decrease POPs, says Pizzorno. Practitioners should recommend about five grams per day to patients, and look at bile sequestrants, such as cholestamide, cholestyramine, and olestra.When patients took 5 grams of colestimide every day for six months, they saw an average 23 eprcent reduction in polychlorinated biphenyls (PCBs). Those who did not takeincreased 24 percent. Olestra also decreases PCBs and DDE. In a report published in the Journal Nutrition Biochem, researchers looked at potato chips made with olestra or vegetable oil. Study participants ate the chips over 12 months, about 15 grams of olestra per day versus 22 Pringles Light crisps. There were no other dietary changes. Those who ate less olestra saw a higher body fat percentage, and 25 percent loose stools.

Break a sweatCadmium is eliminated efficiently through sweat. In a study, 20 individuals sweat through exercise, steam, or infared sauna. Cadmium was found in sweat in those with undetectable serum levels, suggesting it could be used for assessment of burden. In addition, sweating led to elimination of other minerals, says Pizzorno.

DMSA protocol Dimercaptosuccinic acid (DMSA) can be used to excrete lead and mercury, says Pizzorno. It was originally developed in the 1950s as an alternative to more toxic chelating agents. The protocol chelates all forms of mercury and increases glutathione production. Nutrients to improve efficacy alpha lipoic acid, NAC, probiotics, and fiber. Research studies use 30 mg/kg/day, with seven  days on and seven off. The protocol Pizzorno's team used starts with a 50 mg trial dose. f no reaction within two hours, 250 mg qd for three days then off for 11 days, or 250 mg every third day before bed.

Conclusion When it comes to convincing patients to adopt some of these lifestyle-altering protocols, Pizzorno makes one thing clear. "I don't want to live in a cave," he says.Pizzorno is not against industrialized products, but manufacturers can make them better and make them safer. We as consumers must hold them to a higher standard and demand safer products for our patients. "It may cost most, but look at healthcare costs," he says. "It's a no-brainer."Editor’s note: Integrative Practitioner is reporting live from the Institute for Functional Medicine’s annual conference. For live updates and complete show coverage, click here.
About the Author: