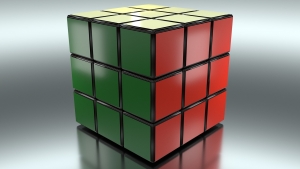 Most people in the U.S. are affected by Alzheimer’s disease (AD)—they either have it themselves, or know someone who is, said Dale Bredesen, MD, an internationally recognized as an expert in the mechanisms of neurodegenerative diseases, who spoke at the Institute for Functional Medicine’s 2017 Annual International Conference in Los Angeles, California earlier today.The general assumption is that there is no way to prevent or reverse Alzheimer’s. While there may not be a cure for the disease, Bredesen is spearheading efforts that help reverse cognitive decline in AD patients, based on the idea that a lack of nutrients impair cognition.The program is called the Bredesen Protocol, a comprehensive, personalized program designed to improve cognition and reverse the cognitive decline of subjective cognitive impairment, mild cognitive impairment, and early Alzheimer’s disease. By utilizing genetic testing and biochemical profiles analyzed via a computer-based algorithm, a customized treatment plan is created.The plans include nutrition, which often requires whole foods and a plant-based ketogenic diet. In addition, brain and body work—such a exercise, sleep, stress reduction, and mental activities—and targeted supplements and herbs are recommended.“Metabolism and cognition go hand in hand,” said Bredesen in an interview with IntegrativePractitioner.com.Currently, there are several hundred people on the protocol, including a 70 year-old man, whose story Bredesen shared during his presentation. The man had a 12-year history of accelerating memory loss and was APOE4 positive (APOE is a genotype that can predict if someone will have AD). He experienced difficulty at work and with numbers, and was unable to remember lock combinations, faces, and his schedule. After six months on the protocol, his ability to remember co-workers, schedule, and faces improved significantly.There is a stigma in our society about people living with AD and a drug-centered approach to treatment, says Bredesen, but we are now seeing people with Alzheimer’s improve their quality of live and condition. Practitioners can have a significant role in encouraging integrative treatment methods, and can bring it to their own practices by attending a training course, researching online, and interacting with the hundreds of physicians who are already using this protocol in their facilities.“These are treatments of complex chronic illness in which monotherapeutics has not in general been beneficial,” said Bredesen. “Americans live for years with chronic illnesses and the whole revolution in integrative medicine has been about recognizing these as complex chronic illnesses and treating them with programs instead of a single drug.”Editor’s note: Integrative Practitioner is reporting live from the Institute for Functional Medicine’s annual conference. For live updates and complete show coverage, click here.
About the Author:

Integrative medicine in the care of elders: Interview with author-clinician Mikhail Kogan, MD