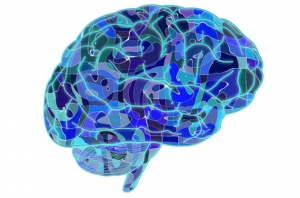 Historically, the medical community thought the brain could not regenerate itself. However, in recent years there has been a significant paradigm shift, said David Perlmutter, MD, FACN, at the Institute for Functional Medicine's 2017 Annual International Conference in Los Angeles, California. This new perspective likely started with the 1988 discovery by Dr. Peter Eriksson, who found that humans retain the ability to grow new brain cells throughout our entire lifetimes.There are many nerve growth factors, including brain-derived neurotrophic factors (BDNF) and basic fibroblast growth factors. BDNF has a role in neurogenesis, neuroplasticity, neuronal differentiation, neuronal repair, synaptogenesis.In a recent study, researchers looked at a couple thousand individuals who, at beginning of study, were free of dementia. The researchers measured BDNF at baseline and followed the subjects for ten years with neurocognitive testing. The results showed that those patients with the highest levels of BDNF had the lowest risk for developing dementia.Higher brain BDNF gene expression is associated with slower cognitive decline in older adults, says Perlmutter. BDNF is important in terms of how your brain works and we need to do everything we can to up-regulate BDNF expression, he says. Cognitive decline is 50 percent slower in those with higher BDNF.Practitioners should be concerned with how to enhance BDNF levels. When approaching neurodegenerative disease, the key is to leverage multiple interventions, says Perlmutter. These can include:Aerobic exercise is an epigenetic moderator that translates to higher BDNF function. "Individuals can exercise their way to a better brain," says Perlmutter.Exercise training increases size of hippocampus and improves memory. In a randomized control trial of 120 adults, researchers found that those who engaged in exercise had a larger hippocampus, better memory function, and higher levels of BDNF. "To me, that’s worth the price of admission," says Perlmutter.There is a correlation in calories burned and gray matter structure. The effects of physical activity did not vary as a function of race or education or gender. Two thirds of Alzheimer's disease patients are women. Exercise is not gender specific. Everyone can do it and reap its benefits, regardless of type or length of exercise. Results include a 50 percent reduction in risk of disease. In addition, 13 percent of Alzheimer's disease cases be linked to sedentary behavior. A 25 percent reduction in sedentary behavior could result in 1 million prevented Alzheimer's disease cases.The prescription is simple: a combination of aerobic and resistance exercise, any type, for around 45-60 minutes a day. "That's all you need to experience the benefits."Editor's note: Integrative Practitioner is reporting live from the Institute for Functional Medicine's annual conference. For live updates and complete show coverage, click here.
About the Author:

Extra virgin olive oil staves off some forms of dementia