AIC2017LA: What can Alzheimer’s Disease teach us about the brain and self? 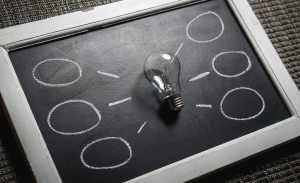 There are 5.4 million Alzheimer's disease (AD) patients in the U.S. and 50,000,000 worldwide. This is an epidemic, said  Rudolph E. Tanzi, Vice-Chair of the Deptartment of Neurology Genetics and Aging Research Unit at Massachusetts General Hospital and Harvard Medical School, last Thursday at the at the Institute for Functional Medicine’s 2017 Annual International Conference in Los Angeles, California."Over $259 billion is spent on treatment and management, and 40 percent of the population currently shows symptoms of AD. "If we don’t do more for Alzheimer’s disease, it will completely obliterate Medicare and Medicaid as the population ages," said Tanzi.We take for granted that experiences shape neuronetwork, Tanzi said. "Experiences create who we are," he said. "Disease rips it apart, and removes our sense of self."Tanzi uses this concept of self to examine how to slow down accumulation of pathology. "Self" is comprised of three components—the brainstem, our instinctive "self," innate memory, conditioning with non acquired memory; the limbic, our emotional "self," short-term memory or acquired memory of pain, pleasure, fear, and desires; and the neocortex, our intellectual "self," long-term memory or acquired memory of experiences. The three components shape our balance of selfishness and self-awareness.Alzheimer's cognitive decline interferes with activities in daily life, said Tanzi. Patients are unable to follow a conversation or perform routine tasks, and there is condition with time and space, agitation, and depression.AD begins with short-term memory deficits. At every moment, sensory information is sent to the hippocampus, where it is stored as short-term memory. In AD patients, synapses and nerve cells in the hippocampus and destroyed, impairing the short-term memory. As new information coming in can no longer be placed into context with what the patient already knows, it results in a loss of "self". Sensory information in the brain is stored in the hippocampus, but cannot be accessed, or later inferred.For AD patients, the disease target is amyloid beta protein (Aβ). It was first hypothesized that Alzheimer’s is an amyloidosis, in which beta‐amyloid accumulation leads to tangles and neuronal cell death. Amyloid plaques cause tangles that kill nerve cells. But does this mean stopping plaques will stop AD? This approach is wrong, said Tanzi.Unlike heart disease and cancer, we don’t diagnose or treat Alzheimer’s until symptoms hit, and then we treat the cause, Aβ. Instead, practitioners should focus on stopping amyloid plaques in the brain 10‐20 years before symptoms arise using brain imaging amd biomarkers in mild patients or asymptomatic people.The key to stopping AD is intervening with plaque formation before symptoms arise, said Tanzi:Microbial pathogens can rapidly trigger amyloid plaques to protect the brain. Alzheimer’s disease brains have been shown to contain pathogens like bacteria, viruses, and yeast. Resilient brains show AD pathology with no dementia, said Tanzi. Plaques arise in the brain pre‐symptomatically, tangles form and spread through the brain killing neurons, and neuro‐inflammation kills even more neurons. In resilient brains, there are abundant plaques and tangles, but no neuro-inflammation and no dementia.Plaques and tangles trigger brain neuroinflammation, and then microglia eat neurons. Preventing AD requires curbing neuro-inflammation.But how can this be achieved? It starts with simple lifestyle changes, said Tanzi, a SHIELD to help reduce age-related diseases:"Your mind and body today are the results of your habits yesterday," said Tanzi. "Your mind and body tomorrow are the results of your habits today."Editor’s note: Integrative Practitioner is reporting live from the Institute for Functional Medicine’s annual conference. For live updates and complete show coverage, click here.
About the Author:

Molecular imaging shows long-COVID symptoms may be caused by fatigue