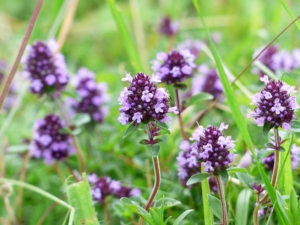 Traditional Chinese medicine is widely used as a form of complementary medicine all over the world for various indications and for improving general health. Proprietary Chinese medicines (pCMs), which are composed solely of Chinese medicines and formulated in a finished dose form, are generally believed to be natural and safe, but a new analysis in the British Journal of Clinical Pharmacology reveals serious dangers, according to an October 2 press release.

Various reports have documented the adulteration of pCMs and health products with undeclared agents, including prescription drugs, drug analogues, and banned drugs. Such adulation can have serious and even fatal consequences. To examine the problem, Tony Wing Lai Mak, MBChB, MBA, FRCPath, FRCPA, FHKCPath, FHKAM(Path), Chor Kwan Ching, MBChB, MSc, FRCPA, FHKAM (Pathology), and their colleagues at the only tertiary referral clinical toxicology laboratory in Hong Kong retrospectively reviewed cases involving use of pCMs or health products adulterated with undeclared drugs referred to the centre from 2005 to 2015.

The investigators identified 404 cases involving the use of 487 adulterated pCMs or health products with a total of 1,234 adulterants. The adulterants consisted of approved drugs, banned drugs, drug analogues, and animal thyroid tissue. The six most common categories of adulterants detected were nonsteroidal anti-inflammatory drugs (18 percent), anorectics (15 percent), corticosteroids (14 percent), diuretics and laxatives (11 percent), oral antidiabetic agents (10 percent), and erectile dysfunction drugs (6 percent). Sibutramine, an anorectic that has been withdrawn from the market due to its association with increased cardiovascular events and strokes, was the single most common adulterant identified.

The findings should serve as a serious warning to consumers and health professionals. "The public should be educated not to consume pCMs and health products from dubious sources, and frontline clinicians should have a high index of suspicion," said Dr. Ching.