Real food, the basis for a healthy diet 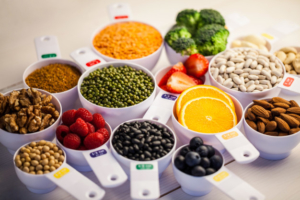 Eat real food, said Mark Hyman, MD, at the Integrative Healthcare Symposium Annual Conference in New York City. "That's one thing we can all agree on."With the hundreds of diet fads and research studies promoting various macronutrient restrictions, it's easy for both practitioners and patients to get confused about what they should be eating. Hyman offers six basic principles for an ideal human diet that supports optimal health for the body and the planet:But how does that break down into individual food groups? Common areas of controversy include saturated fat versus omega 6 polyunsaturated fatty acids (PUFA); animal protein versus plant-based proteins; grains; and dairy.MeatWhen it comes to meat, Hyman says the general concern is saturated fat content. Numerous studies indicate that animal proteins cause increase inflammation and risk for cancer and diabetes. However, a 2016 study by Food and Nutrition Research looked at food consumption and cardiovascular disease (CVD) in populations throughout 42 European countries. It found that carbohydrates and cereal grains had the highest correlation with CVD, while animal fat and protein had the lowest correlation."Our results do not support the association between CVD and saturated fat," the report reads. "Instead they agree with data accumulated from recent studies that link CVD risk with high glycemic index and load of carbohydrates”.Other studies include the 2017 PURE study, which found no increase in morbidity or mortality with animal protein, total fat, saturated fat but increased morbidity and mortality with cereal grains; and the 2017 Prev Med study, which found no difference in disease or mortality among vegetarians, vegans, and omnivores.On the other hand, the NIH-AARP Diet and Health Study looked at 500,000 people, and found that those who ate red and processed meats were at a higher risk for heart disease, cancer, and death. So, what, if any, animal products should we be recommending to our patients?Hyman suggests grass-fed meats, such as beef, lamb, bison, venison, and elk, that are leucine rich for protein synthesis. Avoid factory farmed concentrated animal feeding operation (CAFO) foods and antibiotic, hormone-treated meats.Poultry and eggsFor poultry, pasture-raised chicken, turkey, and duck are okay, as are pasture-raised eggs. However, avoid CAFO poultry and eggs, Hyman says. The 2015 Dietary Guidelines note that "cholesterol is no longer a nutrient of concern," meaning eggs are fine   to eat as long as they are pasture-raised, organic, and omega 3 eggs.FishFish can be an area of concern due to unsustainable over-fishing and oceanic pollution, but eating the right fish offers omega-3 fats and essential vitamins and minerals. Hyman suggests SMASH fish, wild salmon, mackerel, anchovies, sardines, and herring, as well as shellfish, that are sustainably harvested or raised. Avoid fish like tuna, swordfish, Chilean sea bass, halibut, and grouper, as well as farm fish that is not organic or sustainably raised, Hyman says.DairyThe 2015 U.S. Dietary Guidelines suggested adults consume three glasses of milk a day, and children consume two glasses. Federal funding for school lunches is provided only if children receive milk with their meal. A 2013 study published in the Journal of the American Medical Association showed no evidence of a dietary need for dairy, and Hyman said there is evidence that consumption of dairy can lead to weight gain and increased risk for fractures, cancer, autoimmunce disease, allergies, and lactose intolerance.If you include dairy in your diet, Hyman suggests grass-fed or heirloom dairy, always organic, as a treat. Goat and sheep dairy is also an option, as is grass-fed butter or ghee. Avoid CAFO dairy, Hyman says.Fats and oilsThe food industry has long deemed fat as a source for weight gain and health conditions, though 2015 Dietary Guidelines did not pose a limit on total fat or dietary cholesterol. Saturated fat in particular, however, was recommended to limit to less than 10 percent of daily calories. Then in 2017, Congress commissioned the National Academy of Sciences to review the dietary guidelines, which found many flaws including limited research reviews and conflicts of interest.For the most part, patients tend to consider monounsaturated fats and omega 3 fats as good, while saturated fat as bad, and few know about omega 6 PUFAs. There's also a debate among consumers regarding things like "sweet fat" and coconut oil, and lifestyles like the ketogenic diet tout high-fat diets, further adding to the confusion.Hyman offers a simplified perspective when it comes to fat, suggesting plant-based whole food fats, including avocados, nuts, and seeds, as well as coconut oil, extra virgin olive oil, and avocado oil. He also recommends whole pastured-raised eggs, and wild small fish or SMASH fish for omega 3 health benefits. Grass-fed meats, pasture-raised eggs, grass-fed butter or ghee, tallow, lard, and duck fat are also sources of health fats.Avoid refined seed and bean oils and trans fats, Hyman says.GrainsGrains are new to the human diet within the last 10,000 years. In the last 200 years, refined grains have become a staple in the American diet and worldwide, with 133 pounds of processed flour consumed per person each year.Avoid the processed, refined grains and table sugars, Hyman says, and instead opt for whole grains (not whole grain flour). Gluten-free grains, such as black rice and red rice, are even better, as are non-grain grains like quinoa, wild rice, amaranth, and buckwheat. Gluten grains like rye and barley should be used sparingly, and gluten-free foods, which are often made with refined grains and sugars, should be avoided, he said.Editor's note: This article was based on a presentation given by Mark Hyman, MD, at the 2018 Integrative Healthcare Symposium Annual Conference in New York City. The full slide presentation and recording will be available soon on IntegrativePractitioner.com.
About the Author:

What to eat depends on individual