Experts weigh in on the future of integrative medicine 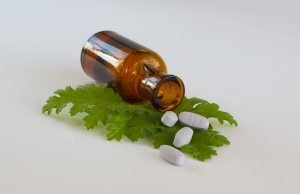 The integrative healthcare industry is in a unique position. While traditionally, medical treatments deemed "alternative" by the medical community were left to the niche practices that offered them, more and more mainstream providers are incorporating integrative treatments in their menu of services. At the same time, larger integrative facilities are seeing their doors close, while tax courts, insurance companies, and national organizations develop their own stance on how integrative medicine can fit in to the puzzle of modern healthcare.We asked experts at the Integrative Healthcare Symposium Annual Conference in New York City to weigh in on where they think integrative medicine is heading, and what that means for alternative and complementary providers.

"I think [integrative medicine] will become more mainstream, but I don't think it will look like what many people think it will look like. I think it's going to look more like Uber, or CrossFit, and less like a hospital. I think the future of integrative medicine will be delivered where people actually are, where communities actually are. In the last year, three of the biggest integrative medicine practices in the country have shut down. In the big hospitals, it's just not working financially.But, at the same time, we're seeing a resurgence of small artisan practices that are serving people locally. I would say the most exciting models are the low overhead models where you see a doctor practicing in a gym, in a co-working space, in a church, where the community is already there and they're providing a range of services. It's going to have to be digitized to a certain degree so it can be available to more people, and it has to be more affordable to more people. It is going to come to everyone, and it has to solve noncommunicable disease. We can't solve noncommunicable disease with the tools we have in regular medicine. I think integrative medicine is the solution, but providers should be adaptable to the new models because the old models of getting it into a hospital are not proving successful."

"The things that prevent [integrative medicine] are insurance companies. But, it's already coming into mainstream medicine. I think most doctors now recommend things like omega-3 fatty  acids and vitamin D to their patients. The one furstration I have is that imaging has not made it ouside of niche practices, and that's just a huge mistake. I'm a classically-trained psychiatrist, and I got no lectures on integrative medicine. It was through looking at the brain and seeing the potentially toxic effect of many of the medications I prescribed that really led me to think about the world in a different way. I do remember in medical school, teachers used to say "do no harm," and use the least toxic, most effective treatments—that's an integrative medicine approach."

"I think integrative medicine is in a niche with the individuals and we're driving so hard that we're going to bring it in to mainstream medical. When you really think about it, who deals with chronic disease? We do. Integrative doctors. So that's where our bang for our buck is, that's where we're pointed at. Chronic disease is the number one drain on our healthcare system and integrative medical professionals serve a key role in promoting health in our care system."

"The challenge that we've had with anything alternative to conventional medicine is that it's status as "alternative" is predicated on several main considerations. First, it didn't figure prominently in the Flexner Report in 1920, which established the current structure of medical education. And, by the way, if it sounds like 100 years is too long to wait to update medical education, it is. We could all rally around replacing the Flexner Report with a new report that's 21st century-relevant. I think that's really a crucial thing.The other issue is, of course, evidence. Unfortunately, there's a tyrannical aspect of evidence. Sometimes when we talk about evidence, we act as if it's a light switch—we either have it or we don't have it, it's either on or it's off, and it's just not so. Evidence evolves. We can have suggestive evidence before we have definitive evidence. We can evidence both for and against. The evidence we gather depends on the questions we ask. And the questions we ask depend a lot on money. So, it's very difficult, for instance, to do large, randomized trials about things that nobody is ever going to patent, because nobody wants to pay those bills. It's really, really hard to do—they lag behind.One of the challenges for us if we're thinking about becoming mainstream is, "how do we make the evidence-based case?" Evidence is important, science is important, but the playing field is not level. It's relatively commonplace for pharmaceutical companies to spend $1 billion on all of the research necessary to bring a new drug to market, but when that new drug comes to market, it comes with a patent, and it's okay to have spend $1 billion if you're going to make back $10 billion. It's not okay to spend $1 billion to study parsley or a nutrient in parsley. We have to somehow wrestle with the fact that there may always be this expanded terrain that is conventional and conventional-plus. It does not in any way obviate the need for us to take evidence seriously, but it actually increases the burden on us. We have to be more astute, we have to acknowledge the distinction between an absence of evidence and evidence of absence.Evidence of absence is when you study something and prove it doesn't work. Absence of evidence may simply mean no one funded the study yet—we don't know. And then it begs the question, "what do we know and how do we know it?" I think if we speak the language of evidence, if we're respectful about science, it puts us in a strong position to make the case that, first of all, the science support lifestyle medicine and holistic medicine practices is actually very compelling and, second, to be even more compelling we must all work together to make sure the necessary trials are funded, because it's certainly unfair to patients and to public health to say this stuff might work but we're never going to know for sure because it isn't profitable enough to study. What a terrible mistake that would be."

" In medicine, we are at the point where you could say we've reached a capacity of reductionism, simple liner thinking, to give us any further solutions. I don't think that's an integrative  dilemma or an integrative box that other people can't enter. We may end up coming together when we both realize that both camps, conventional and integrative medicine, are working to solve the same problem—we're approaching complex living systems by breaking them apart to see how they work and assuming that, when they get put back together, they'll assume those properties. That might work well for a car, because we understand from beginning to middle to end what it does and how it does it. But living systems are much more complex because they have a variety of inputs and outputs and they respond to the environment and make conclusions.The amazing thing is that we have the computational tools to be able to do that in ways that physicians could never in real life be able to envision the consequences of a network overview of interactions that are basically able to be parsed to produce therapeutic opportunities that would have never appeared had the person approached the problem conventionally,with "this is what I know, this is what I do," which is what we do currently. People rely on what they know to make decisions."

"I think we definitely want [integrative medicine] in mainstream, and it's happening in many different ways. It depends on how you define the healthcare system. Organizations like the YMCA and faith communities are offering integrative programs for their communities, and that makes it part of the healthcare system in that it's something your patients can access. In my community, having those inter-faith communities that you can refer patient to so they can get the help they need at home. There are mindfulness classes meditation classes, yoga classes, gardening classes, and there are more and more ways to access healthier food. Even if you don't cook, there are services that will send you fresh ingredients where you just do the last stages of preparation.I think that these tools that help us live this lifestyle then make it more doable for people to make the changes, as opposed to someone in your office—they're not making the changes there. It's at home and at work and other environments where change occurs. I think there's no question.And then you see the growing acceptance by healthcare systems. The fact that so many larger facilities are incorporating integrative medicine into their existing practice, you can see it finding its way into our most prestigious universities and national institutions. I think the future bodes well for integrative healthcare."

Gain insights to bring back to your patient practice from the industry's leading experts at the Integrative Healthcare Symposium. Click here for more information.Have a trend or tip that you'd like to share with our audience? E-mail [email protected]
About the Author:

Q&A: The long road of the national health and wellness coaching credential

Q&A: Breaking down IBS from an integrative perspective

The evolution of integrative medicine