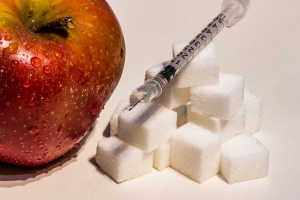 Non-alcoholic fatty liver disease (NAFLD) is typically thought of as a symptom of something else—the result of another condition, an afterthought in the medical industry. Very few practitioners talk about fatty liver as a core issue, according to Robert Rountree, MD, who presented "The Emerging Pandemic of Non-Alcoholic Fatty Liver Disease" during this morning's keynote session at the Integrative Healthcare Symposium.However, NAFLD is now considered to be the most common liver disease in the Western world and has no approved pharmacological therapy. "Does that smell like an opportunity to you?" Rountree asked the audience.NAFLD is the asymptomatic accumulation of triglycerides and other fats in hepatocytes. The liver is considered "fatty" when the fat content exceeds 5 percent of the liver's volume. It involves a specturm of changes ranging from reversible steatosis to inflammatory hepatitis (NASH), and eventually fibrosis and cirrhosis. Physicians may be more familiar with the similar condition that occurs in patients who regularly consume large qualities of alcohol—though fatty liver is becoming more common in non-alcoholic patients, says Rountree.Fatty liver itself doesn't cause significant health problems, so providers and patients may not notice the condition in its early stages, Rountree says. There may only be a slight elevation in enzymes. If this occurs, Rountree urges providers to follow up with an ultrasound, elastography, or biopsy to confirm the liver's increase in size and fat accumulation.Allowing fat to accumulate is as dangerous as viral hepatitis, says Rountree. If left untreated, NAFLD could lead to irreversible damage and cirrhosis. "Eventually, there will be so much scarring that the only cure is a liver transplant," he says.The longer the liver is fatty, the more chance it has to be inflammatory. Progression results from multiple genetic and environmental factors, though 5 percent to 8 percent of NASH patients develop liver cirrhosis with five years. NASH is the third most common indication for liver transplantation in the U.S. By 2025,  an estimated 25 million Americans will get NASH that may require a transplant, statistics that some practitioners and researchers call the "coming tsunami." "We are not ready for how many people are going to need new livers," Rountree says.A Korean study looked at 4,371 adult men and women with no history of cardiovascular disease. Some were diagnosed with NAFLD, and some were not. The researchers followed subjects over nine years with intermittent electron beam computerized tomography (EBCT) scans every 3.9 years. NAFLD was significantly associated with the progression of coronary atherosclerosis, based on coronary artery calcium scores, including those with baselines CAC scores of zero.Medical risk factors associated with NAFLD include obesity, polysystic ovary syndrome, sleep apnea, chronic hepatitis C, and celiac disease, says Rountree. The majority of obese patients have a fatty liver, he says, "but which is the chicken and which is the egg."Additional factors include rapid post-surgical weight loss and potentially harmful side effects of pharmaceuticals, including methotrexate and tamoxifen. Dietary and lifestyle risk factors include a sedentary lifestyle, caloric excess, consumption of refined carbohydrates and fructose, and NAD deficiency.But what is the driving force behind the fatty liver epidemic? Rountree says studies point to one thing: fructose. The fast food diet, which includes fructose and fats, produces a gene expression signature of hepatic fibrosis, inflammation, endoplasmic reticulum stress, and lipoapoptosis. High fructose intake increases de novo lipogenesis (DNL), which contributes to fat accumulation in the liver, he says.For years, the food and diet industries have purported a notion that fat is bad. However, research has continuously shown that fructose increases levels of enzymes involved in DNL, leads to ATP depletion and suppression of mitochondrial fatty acid oxidization, and promotes uric acid formation. According to Douglas Dieteruch, MD, a professor at Mount Sinai in New York City, "High fructose corn syrup has a direct proportion to obesity in the U.S. and to fatty liver. They are rising exponentially in parallel."The Framingham Heart Study also noted that "regular sugar-sweetened beverage consumption was associated with greater risk of fatty liver disease, particularly in overweight and obese individuals." Further, Dina Halegoua-De Marzio, MD, director of the Jefferson Fatty Liver Center in Philadelphia, PA, concluded high fructose corn syrup found in processed foods and soda is currently the "biggest cause of NAFLD."The key to treating, reversing, and preventing fatty liver disease is through diet and lifestyle approaches. These approaches include weight loss—roughly 3-5 percent of total body weight to reduce steatosis and about 10 percent to improve necroinflamfmation—caloric restriction, elimiantion of refined carbohydrates, especially sucrose, fructose, and high fructose corn syrup, and a minimum of 150 minutes per week of exercise. Nutritional supplements can also treat a fatty liver, such as curcumin, vitamin E, omega-3 fatty acids, green tea, and melatonin."If you can get that fat out of the liver," says Rountree, "you can change a person's life and prevent them from needing a transplant."Editor’s note: This article is part of live coverage from the Integrative Healthcare Symposium. Click here to learn more.
About the Author: