Obesity: Is fat the secret to success? 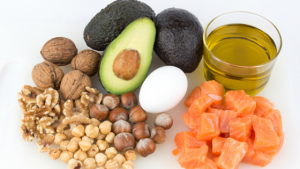 Is fat the secret to tackling the obesity epidemic once and for all?"The short answer is yes, but one important caveat to that is that you restrict carbs while you're eating more fat," said Jeffrey Volek, PhD, a registered dietitian and professor in the Department of Human Sciences at the Ohio State University, during the Integrative Healthcare Symposium pre-conference session this afternoon.Humans respond well to diets that are low in carbohydrates. When carbohydrates are low enough, it induces a state of ketosis, a dietary phenomenon that Volek has studied for the past 20 years.Nearly two thirds of adults in the U.S. are overweight, and one third are obese. Over 30 million Americans have diabetes. While there is certainly a personal suffering associated with the diagnosis, there's also a tremendous economic burden, with close to $300 billion spent annually in diabetes management cost, or roughly one fifth of the total healthcare expenditures in the U.S."Not only are people suffering," said Volek. "It hits the pocket books. And it's not something that's going to go away soon, as far as I'm concerned, because if you look at the pipeline, we have a huge number of people with pre-diabetes."In fact, the Journal of the American Medical Association says one half of adults in the U.S. have either diabetes or pre-diabetes."I mean, let that sink in," said Volek. "The average person is pre-diabetic. Pretty scary stuff."The nutrition model that we've been following in the U.S. for about 40 years stems from Dr. Ancel Keys, and his diet-heart hypothesis, which deemed fat as the cause of heart disease and diabetes. This fear of fat, especially saturated fat, continues today, and is based on the belief that fat increases cholesterol, which leads to cardiovascular disease. This is proven to be wrong, Volek said."There's been unintended consequences here in that our obsession with trying to reduce fat has resulted in an increase in carbohydrate intake in this country," he said. "So, we're eating more sugars starches, and, as a result, that's led to this epidemic of pre-diabetes and diabetes, which ultimately increases your risk for heart disease. But more acutely and metabolically, the more carbs we eat, the more we shut down our body's ability to burn fat, and access our own fat stores, and that's kind of a fundamental principle that underlies a lot of the chronic disease that we see today."In the past decade, the amount of carbohydrates an individual consumes has skyrocketed, whereas protein has stayed about the same and fat has dramatically decreased. Unfortunately, the type of carbohydrates the average consumer is eating is processed and refined, or full of sugar, which Volek says is likely the key driver to such a significant increase in the number of pre-diabetic and diabetic patients.What can be done to reverse this thinking? Reducing carbohydrates is the first step."We have this remarkable capacity to not only survive but thrive in the context of a very low carbohydrate diet," says Volek. "We have this metabolic program within us, and part of that program is ketosis and keto adaptation."Keto adaptation describes the human body's ability to adapt when experiencing a low carb diet. Everyone, including diabetics, have the ability to keto adapt. While the exact amount of carbs the body can tolerate varies from person to person, eating fewer carbs can reverse insulin resistant phenotypes and promote keto adaptive phenotypes.Ketones are often thought to be toxic, though Volek says nothing could be further from the truth. Everyone produces ketones, though in smaller amounts if their diet contains more carbs."Most people that are eating a fair amount of carbohydrates, their levels of ketones are less than 0.1 millimolar," said Volek. "But you're still producing them, you have the pathway."When you restrict carbs to less than 50 grams a day, for example, most will start to accelerate production of ketones into a range called nutritional ketosis, which starts around 0.5 millimolar, and extends up to three to five millimolar. If this range is sustained for several weeks, the keto adaptation process will occur, and the fuel source will switch from carbohydrates to fat. A ketogenic diet can help achieve this.Stay tuned for a follow-up podcast and article on the ketogenic diet, and how it can help prevent and reduce risk for diabetes.Editor’s note: This article is part of live coverage from the Integrative Healthcare Symposium. Click here to learn more.
About the Author:

Review of ketogenic diet finds several risks for some patients