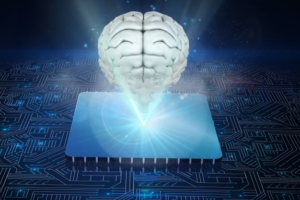 Every choice that we make has a role to play in determining our brain's destiny, said David Perlmutter, MD, at the 2018 Integrative Healthcare Symposium annual conference in New York City.An 1880 study, considered the first to link lifestyle choices and brain health, looked at dietary and physical activity measurements with neurological and neurophysiological scans every 1.5 years. That study showed optimal brain health in those who ate a, roughly, Mediterranean diet and participated in a high amount of physical activity.Studies have only progressed to show that lifestyle can, in fact, improve health and function of the brain, said Perlmutter.However, cognitive decline is becoming a costly, prevalent problem worldwide. If global dementia were a country, it would be the eighteenth largest country in the world, said Perlmutter. "That's just the finances," he said. "It doesn't take into consideration what people actually go through."The healthcare industry needs to move towards a preventative care model for brain health, rather than attacking disease immediately with drug interventions. Preventative medicine can have the most impact as it applies to the brain, said Perlmutter.Diet is the most important epigenetic modulator over which we have control, said Perlmutter. The foods we are feeding Americans and around the world are so full of sugar, which results in inflammation and contributes to cognitive decline. "We need to understand what is fanning the flames of inflammation," he said.A 2008 study showed that the greater the girth measurement, the greater risk for cognitive decline. "This is a measurement over which you have control," said Perlmutter. Practitioners should prioritize lowering body fat percentage.We have an opportunity to reverse our destiny, and it starts with diet, exercise, and lifestyle modifications, said Perlmutter. This includes eliminated or minimizing added sugar and refined grains, and eating more whole foods, fruits, and vegetables. It's a fairly simple equation."It's up to us to go out into the community and get this message out there," he said.
About the Author:

The role of lifestyle choices in decision making