The best diet for humans 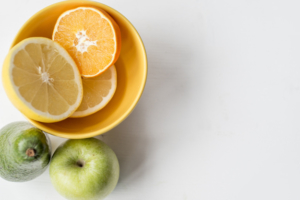 One of the biggest challenges we have as healthcare practitioners is telling people what they should be eating, said David Perlmutter, MD, at the 2018 Integrative Healthcare Symposium annual conference in New York City.We live in a time of personalized medicine, Perlmutter said, and we can dietary recommendations based on genetics and specific lifestyles. It's very difficult to make recommendations that apply to everyone. However, there are some aspects of various diets and lifestyles that applies to all humans, which Perlmutter and a panel of three experts discussed today.Robb Wolf, representing the Paleo diet, struggled with health issues until addressing his diet. He says eating whole, unprocessed foods is the basis of healthy eating."Everyone can agree on this, but it's not what's sexy," he said.Dominic D’Agostino, PhD, representing the ketogenic diet, believes a modified version of ketosis—using ketone supplementation—is a way to feed the brain.On a similar note, John Lewis, PhD, representing vegetarianism, ate a diet high in animal proteins and processed foods and got very sick, which eventually led him to discover the plant-based lifestyle. He says old habits are hard to break and key nutrients, such as polysaccharides, are not common in our diet."Supplementation is key for this lifestyle," he said.Diets through the lens of the microbiomeThere is a significant role of gut microbiota in regulating metabolism and in detoxification, says Perlmutter. With the notion of Paleo relating to ancestral dietary patterns, ketosis relating to high fat and low carb, and a plant-based diet, the panelists discussed their approaches to food through the lens of the microbiome and optimizing gut health.From an ancestral health perspective, non-Westernize cultures have a huge microbiota diversity, but hunting and foraging is pushed to the margins and the priority is extracting every calorie from the environment, said Wolf. This isn't the case in Westernized cultures. However, Wolf said microbiome research is still so new that it's difficult to offer Paleo-specific perspectives.As for the ketogenic perspective, without relying on supplementation, most people avoid complex carbohydrates and, in turn, fiber. The majority avoid dairy as well, said D’Agostino, which could affect microbial health. "This is a known problem with the ketogenic diet," he said. "There are situations where the diet is not having an optimal therapeutic effect. "The ketogenic diet has the greatest affect when it is plant-centric, D’Agostino said. "Ketosis is a powerful tool, but there is room for improvement," he said.In comparison to fasting, there are crossover affects, including anti-inflammatory properties and epigenetic effects. For fasting, early research shows that, after fasting for a long period of time, levels of ketones exceeded levels of glucose in the blood. A ketogenic diet mimics fasting in that is elevates fasting blood levels, said D’Agostino. These are further elevated when a ketogenic diet is calorie restricted, and even further further when eating is done in a time restricted fashion, a six to eight hour window. Finally, from a plant-based viewpoint, eating whole plants as opposed to processed foods is better for the gut. "We believe polysaccharides versus amino or fatty acid gives cells and genes more information to work with and direct to the gut the ability to proliferate the stem cells, said Lewis. "Giving the body good information to proliferate the stem cell process and repair damage is key."Overall, the group concluded that food is information and we instruct our microbiome based on what we eat.The role of fasting in overall nutritional healthFasting is incredibly powerful tool, said Wolf. "It's definitely baked into our genetics," he said.  "It's interesting to think about the idea that over-consuming food may be sending the wrong message to our genetics."One caveat, Wolf said, is that intermittent fasting is better for sedentary lifestyles, not for very active individuals.D’Agostino said he personally feels better, health biomarkers improve, and his productivity increases when he intermittent fasts. "Giving the body a break from digestion resets your body in many ways and makes it more sensitive to the foods you eat," he said. "You achieve enhanced protein synthesis by fasting."Individuals do not have to fast everyday—two or three times per week will still get tremendous benefits, said D’Agostino.Lewis has been experimenting with intermittent fasting for a while, and said he doesn't notice a difference in energy or focus, but does it because he knows it is good for him. "It doesn't have to be inaccessible," he said, echoing D’Agostino in recommending a semi-regular approach to fasting. "We may never know exactly the answer if this is beneficial for humans, but I think it's good," he said.
About the Author: