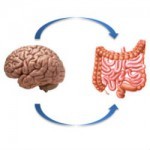 Recent neurobiological insights into the gut–brain cross-talk have revealed a complex, bidirectional communication system that not only ensures the proper maintenance of gastrointestinal homeostasis and digestion but is likely to have multiple effects on affect, motivation and higher cognitive functions, including intuitive decision making.

The concept that the gut and the brain are closely connected, and that this interaction plays an important part not only in gastrointestinal function but also in certain feeling states and in intuitive decision making, is deeply rooted in our language. Recent neurobiological insights into this gut–brain cross-talk have revealed a complex, bidirectional communication system that not only ensures the proper maintenance of gastrointestinal homeostasis and digestion but is likely to have multiple effects on affect, motivation and higher cognitive functions, including intuitive decision making. Moreover, disturbances of this system have been implicated in a wide range of disorders, including functional and inflammatory gastrointestinal disorders, obesity and eating disorders.

A major scientific breakthrough in understanding the interaction of the nervous system with the digestive system occurred with the discovery of the so-called enteric nervous system (ENS) in the middle of the nineteenth century1–4 (BOX 1). Even though it is now considered the third branch of the autonomic nervous system, the ENS has been referred to as the ‘second brain’, based on its size, complexity and similarity — in neurotransmitters and signaling molecules — with the brain5. Even before the discovery of the ENS, the importance of interactions between the brain and the digestive system in health and disease has been recognized for many centuries, and has been studied by prominent psychologists, psychiatrists and physiologists during the later part of the nineteenth and earlier part of the twentieth centuries (reviewed in REF. 6). Both top-down modulation of gastrointestinal function by stress and emotions7, and bottom-up signaling from visceral afferents to the brain in abdominal pain syndromes, as well as possible emotion regulation8 have been reported by early investigators (BOX 2). This topic has received increased attention during the past two decades, largely owing to a series of independent but converging scientific discoveries from various fields of research, including enteric neuroscience (reviewed in REF. 1), neuroimaging (reviewed in REF. 9), intestinal microbiology and host microbial interactions (reviewed in REFS 10, 11), and most recently, microbial gut–brain signaling (reviewed in REFS 12–14). This Review discusses the emerging role of integrated bidirectional signaling between the brain and the gut in homeostasis and disease, as well as possible consequences for higher-level executive functions and emotional states, with a primary focus on gut to brain signaling.

Probiotics could help millions of patients suffering from bipolar disorder

Should supplemental probiotics (or certain strains?) be avoided in patients with Crohn's disease?