Yoga as effective as physical therapy for low back pain 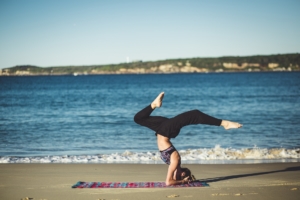