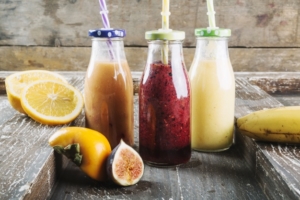 The longevity and health improvements seen in animals on sulfur amino acid-restricted diets could translate to people, according to Penn State College of Medicine researchers who recently conducted a review of published studies. More research is needed to confirm the benefits in people, the scientists said.Amino acids are the building blocks of all proteins in the body. A subcategory called sulfur amino acids includes methionine (Met) and cysteine (Cys), which not only make up proteins but also play many roles in metabolism and health.Researchers have been interested in dietary sulfur amino acid restriction since the 1990s, when studies began to show health benefits in animals fed Met-restricted diets. In one early study involving rats, 80 percent Met restriction increased average and maximum lifespans by between 42 and 44 percent.Scientists have long known that animals on calorie-restricted diets live longer and healthier, but they've been searching for ways bring about the improvements without asking people to eat less.In the new review of studies led by Zhen Dong, a student in the Doctor of Public Health program, sulfur amino acid restriction consistently demonstrated a range of beneficial effects including enhanced lifespan, without calorie restriction.The literature review recently appeared in the Annals of the New York Academy of Sciences.The analysis found that Met restriction has been associated with delayed aging and longer lifespans in human cells, yeast, and animals including fruit flies and rodents. Animals fed sulfur amino acid-restricted diets also had health improvements, including reductions in body weight, fat and oxidative stress; fewer cancerous tumors; enhanced insulin sensitivity; and more efficient fuel-burning.Sulfur amino acids are important for growth. One of the effects of their restriction is to inhibit growth, leading to healthier, longer-lived but smaller animals. This stunted growth has been seen as a roadblock to translating the findings to people.According to the new analysis, however, many of the health benefits also have been demonstrated when sulfur amino acid restriction was initiated in fully grown adult animals, circumventing the problem seen in younger animals."Those results we think are important because they indicate that if we were to initiate a restricted diet in adult human beings, we would still get the beneficial effects without having to worry about this issue of growth retardation," said John Richie, professor of public health sciences and pharmacology at Penn State Cancer Institute, who oversaw the review.There were no other serious negative effects of dietary sulfur amino acid restriction in the studies."Both of those things were strong indicators that we might be able to translate these findings to humans," Richie said.Studies involving people have associated sulfur amino acids with increased body weight, metabolic syndrome, cardiovascular disease and cancer, suggesting that restricting Met and Cys could protect against these conditions. For now, the evidence in humans is inconclusive."The literature still offers uncertainty about whether the benefits of diets that restrict sulfur amino acids can be translated to humans," Dong said. "This review describes a number of studies which provide some hints that sulfur amino acid restriction might achieve some of the benefits observed in animal models, including cancer inhibition and reducing risks for cardiovascular disease."Richie is now overseeing the first tightly controlled feeding study of dietary sulfur amino acid restriction in human subjects, which may provide more direct evidence of health benefits.Dietary sulfur amino acids are found in protein-containing foods, so restricting them isn't easy. The review, however, points out that many vegan diets are naturally low in Met and Cys. Beans and other legumes are a good source of protein that are low in sulfur amino acids.
About the Author:

Supplementation with selenium protects against diet-induced obesity, may extend lifespan