The rhythm of genes: How the circadian clock regulates 3-D chromatin structure 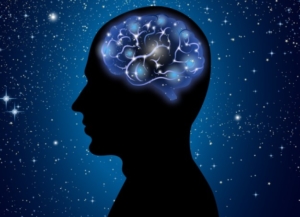 Biologists and geneticists from the École polytechnique fédérale de Lausanne (EPFL) research institute and university in Lausanne, Switzerland have uncovered how the circadian clock orchestrates the 24-hour cycle of gene expression by regulating the structure of chromatin, the tightly wound DNA-protein complex of the cell. The work is published in the journal Genes & Development.The circadian clock is an internal, biological "metronome" that dictates our 24-hour activity pattern. Biologically speaking, the circadian clock determines the synthesizing "rhythm" for a whole range of proteins that are involved in a multitude of biological processes that shift while we sleep or wake.In the cell, DNA is tightly wound around proteins in a complex called chromatin. This 3D structure compacts the DNA, prevents DNA damage and, critically, regulates gene expression. DNA folding allows the regions of DNA that initiates transcription, called promoters, to recruit distal DNA regions, called enhancers, to regulate gene expression.Geneticists have been interested in this "promoter-enhancer looping" process and how it allows genes to be turned on in the right tissue and under the right conditions. However, very little is known about how the circadian clock regulates this critical part of gene expression to organize the day-night rhythm of protein expression, and if the formation of this looping changes over the day.The lab of Felix Naef at EPFL has now discovered the link between promoter-enhancer looping and the circadian clock. To do this, the researchers used circular chromosome conformation capture (4C-seq) on mouse liver and kidney tissue. The technique analyzes the spatial organization of chromatin in a cell and detects all the genomic regions that interact with a particular region of interest.The study found that promoter-enhancer interactions oscillate along the 24-hour cycle in the chromatin of healthy mice, as opposed to mice without a functioning circadian clock. The researchers then inactivated a distal DNA enhancer element that contains instructions to transcribe Cryptochrome 1, which is a gene that produces a protein involved in maintaining the circadian rhythm itself. This small modification, far from the promoter of Cryptochrome 1, proved to be enough to disrupt the rhythmic chromatin looping in tissues, reduce the daily frequency of the gene's transcription, and even shorten the circadian period of locomotion in mice.This is the first evidence that a mutation in a non-coding region of the genome is able to influence the period of circadian locomotor activity. The findings show that oscillatory promoter-enhancer looping, controlled by the circadian clock, is one of the regulatory layers behind circadian transcription and overall 24-hour cyclic behavior in animals."Most interestingly, we found a similar dynamic, or circadian, looping when we studied a gene called Glycogen synthase 2," says Felix Naef. "The gene is essential for the storage of carbohydrates in the liver and the regulation of blood-glucose homeostasis, and our findings show that circadian looping is essential for broader physiological functions in the liver."The group's next steps will be to study whether the dynamic rearrangements of chromatin might be a much more general phenomenon in mouse tissues, controlling other physiological functions. They will also be evaluating its involvement in clock-related diseases.
About the Author: