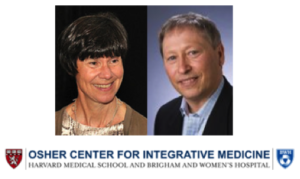 by John Weeks, Publisher/Editor of The Integrator Blog News and ReportsEditor’s note: This analysis article is not edited and the authors are solely responsible for the content. The views and opinions expressed in this article are those of the authors and do not necessarily reflect the official policy or position of Integrative Practitioner.The basic research of Helene Langevin, MD on acupuncture and connective tissue has earned her global recognition for her scientific contributions. Clinical research on acupuncture, tai chi and related integrative therapies of Peter Wayne, PhD, her colleague at the Osher Center for Integrative Medicine at Harvard Medical School and Brigham and Women’s Hospital, has stimulated invitations to present at the National Institutes of Health, and elsewhere. Each is on the remarkably influential board of directors of the international Society for Acupuncture Research.Now Langevin and Wayne are calling on the acupuncture community – and specifically acupuncture researchers – to step up their game. Big time. Their vehicle is a recent commentary entitled “What is the Point? The Problem with Acupuncture Research That No One wants to Talk About.” (The article is available in open access until April 22, 2018.)The two begin with kudos to how far current acupuncture science has brought the field. Citing trials, systematic reviews, and inclusion in multiple guidelines, they write that acupuncture “can thus fairly be portrayed as having arrived at a new position of strength.” Then one waits for the other shoe to drop.

And drop it does. Langevin and Wayne reference lay and academic writers who “denounce [acupuncture’s] perceived lack of scientific credibility and dubious fundamental assumptions.”Somewhat surprisingly - as the director and research director, respectively, of a major integrative medicine center - they do not outright reject these claims. Instead, they take them as challenges to address critical issues toward strengthening acupuncture’s scientific foundation.They argue that these questions have affected the climate for acupuncture research, and particularly its acceptance in conventional academic medicine. It’s an issue from which they believe the acupuncture field has shied away, to its detriment: “A recurring theme of skeptics is that the concept of acupuncture points has no scientific validity.”What follows is a multi-layered de-construction of imprecise language, confounding overlaps and non-standardized research norms. Langevin and Wayne pop the question: what, they ask, is the point? More significantly for the field, the team offers a blueprint for building a more powerful scientific foundation for informing the expanded uptake of acupuncture and acupuncturists in healthcare policy and practice.

The journey is an invitation into acupuncture’s woodshed. One makes a dizzying decent into the ambiguity and conflation of terms in this first generation of acupuncture research. Does acupuncture refer to a procedure using an acupuncture needle - at acupuncture points or elsewhere - or to a procedure performed at acupuncture points, using a needle or other means?And when researchers utilize what are commonly referred to as acupoint locations, what is the basis of the information they use to locate their target? Is the acupuncture map essentially anatomical and based on specific biomedical structures like nerves and musculoskeletal structures? Or is it based on other less well understood properties? And is there a “point within the point” identified from the back and forth of the practitioner-patient efforts to find just the right tender spot? If it turns out to be purely anatomical, what is the value of another classification system? Roiling behind it all are fundamental issues related to the design and interpretation of basic and clinical studies: why is it that needling on sham points, and pressing on non-sham points with sham needles, both seem to show effectiveness? 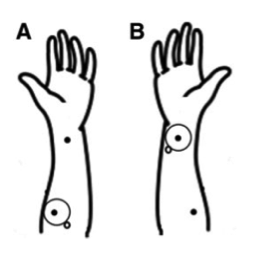 Langevin and Wayne end with a call to action. Given the complexity, a multi-disciplinary approach will be needed: biophysicists, scholars of East Asian medicine, clinicians, physiologists, and anatomists, to name a few. “We hope this article will stimulate a discussion, including a plurality of perspectives. The intent should not be to ‘placate’ critics, but to take a good honest look at the issues, recognize their importance, and address them systematically with the goal of strengthening acupuncture’s foundation.”As editor-in-chief of the journal in which Langevin and Wayne’s blueprint was published, I had a chance to think with them about the paper, and the potential controversy. I was struck above all by the appropriateness of the timing. The opioid crisis has amounted to a gruesome red carpet for the practice’s entry into mainstream care for people with pain. The Veterans Administration has just this month formally recognized licensed acupuncturists, opening the way for system-wide hiring. “We urge the exploration of these basic issues,” the Osher team writes, “amidst the ambiguity of knowing that, in another part of the evidence house, research on acupuncture is already supporting expanded use with significant benefits to patients.”External advances mark a good moment for this deeper internal examination. Yang and yin. Breathe out. Breathe in. What will acupuncture’s position be in US healthcare in 2040? How might this strategy for tackling these research ambiguities shape that future?
About the Author: