New uses for curcumin and turmeric in psychiatric disorders 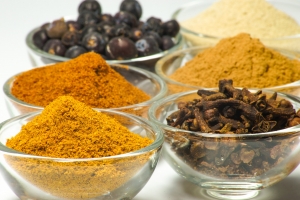 Accumulating evidence suggests inflammation as a critical mediatory in the pathophysiology of mood disorders, said James Phelps, MD, director of the mood disorders program at Samaritan Mental Health in Corvallis, Oregon, in a presentation for Psychiatric Times.Consumers are increasingly asking about curcumin and turmeric, and new studies show the spice could be effectively used to treat psychiatric disorders, specifically bipolar depression.Curcumin is a compound found within the spice turmeric, which is made by grinding the root of a turmeric plant. Ground turmeric has been used as an anti-inflammatory in Ayurvedic and Chinese medicine for centuries, and Western clinical research has begun to support the value of curcumin for inflammatory conditions, particularly arthritis.Studies show that curcumin could also potentially treat inflammation relating to mood disorders. The spice decreases levels of inflammatory interleukin 1β and tumor necrosis factor α, increases plasma brain-derived neurotrophic factor levels, and decreases salivary cortisol concentrations compared with placebo.However, additional research was needed to support using it for patients, including obtaining randomized trial data, says Phelps. A 2014 review found clinical trial data insufficient to justify regular use of curcumin. However, in the follow two years, more data has been accumulated, including a recent randomized trial at Murdoch University in Perth, Western Australia, conducted by Adrian Lopresti, PhD, et al.In this new trial, both depression and anxiety scores were reduced by curcumin extracts, relative to placebo. As in previous trials, the effect on anxiety was greater than the effect on depression. The research team is still investigating dosages, however, but in this study both a low-dose and a high-dose preparation showed efficacy in patients with depression.The study also found a greater efficacy in patients with atypical depression, a weak bipolar marker. However, use in bipolar depression is an extrapolation from limited research in major depressions, says Phelps.There are a few caveats to using curcumin to treat mood disorders, says Phelps. Turmeric extracts are not entirely without risk. For example, they can aggravate cholelithiasis. Because they have an inherent anticoagulant effect, the extracts should be discontinued before elective surgeries, and monitoring is necessary if they are used with anticoagulants. In addition, they can lower blood glucose levels, so caution is warranted in patients with diabetes who are taking hypoglycemic agents, says Phelps. Thus, consider a patient’s concurrent medical conditions and medications before suggesting turmeric extracts.While a number of patients and practitioners alike swear by curcumin use, Phelps says caution is warranted. Used alone, very little curcumin is systemically absorbed. However, simple table pepper, or the extract piperine, dramatically increases GI absorption of curcumin.As with many dietary supplements, commercially available turmeric extracts differ widely in exactly how much curcumin they deliver. Some integrate piperine—in the form of bioperine— but most do not, says Phelps. Therefore, many patients who set out to take curcumin, from turmeric, will be taking a placebo.Practitioners who advocate the use of turmeric extracts should monitor their patients’ medical conditions and medications, Phelps says, and suggest specific commercial products that they have investigated.
About the Author:

Katherine Rushlau is the editor of Integrative Practitioner. She brings nearly a decade of experience creating and managing content for national healthcare audiences as a digital editor and professional journalist, including serving as managing editor for a popular medical billing and coding association and as a reporter for the Boston Globe, Boston.com, and USA Today. A certified personal trainer with the National Academy of Sports Medicine, a certified fitness nutrition coach with the National Exercise & Sports Trainer Association, and a certified barre instructor, her passion for and commitment to healthy living fuels her enthusiasm for helping the integrative healthcare community.