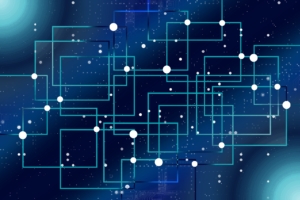 A rapidly growing number of doctors are exploring integrative approaches to clinical care as a solution to perceived inabilities to offer better healthcare options to their patients through conventional medical practices. A new study, part of the recently-released Integrative Physician Market Landscape, conducted by Pure Branding provides a consensus on the definition of integrative medicine, and addresses a lack of market intelligence in integrative medicine practice among Medical Doctors (MD) and Doctors of Osteopathy (DO).Researchers surveyed 1,133 integrative MDs and DOs from 49 states, who identified the top five factors of integrative medicine as:The 323-page report delves into the intricacies of the integrative physician community, including what drives physicians to transition from conventional to integrative medicine in both their clinical philosophy and therapies. It also covers general trends and behaviors of the physicians themselves.Some key findings include:The findings in the report are "representative of the integrative medical community as a whole," with a confidence level of 95 percent and the margin of error at +/-2.9 percent, says Yadim Medore, founder and CEO of Pure Branding. The survey did not include insights from chiropractors, naturopathic doctors, homeopathic physicians, or other integrative providers other than MDs and DOs."Anyone distressed about the state of healthcare in America need look no further than this inspiring community of integrative physicians for hope," says Medore. "These cutting-edge doctors are at the forefront of a paradigm shift in medicine, that will significantly impact the value chain from healthcare systems and payers to medical schools and suppliers."
About the Author: