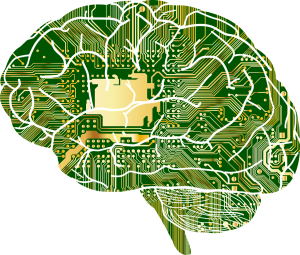 Neurofeedback, a type of functional brain training, may reduce symptoms of chemotherapy-induced peripheral neuropathy, according to a recent study in the journal Cancer.

Chemotherapy-induced peripheral neuropathy (CIPN) is accompanied by pain, burning, tingling, and loss of feeling and is caused by damage to the nerves that control movement in the arms and legs. It affects an estimated 71-96 percent of patients with cancer one month after receiving chemotherapy, said a 2014 analysis of the condition.

Treatment for CIPN is limited, and often includes drug interventions with harmful side affects. Neurofeedback, however, has no known side affects, can be used in combination with other treatments, and is reasonably cost effective, said Sarah Prinsloo, PhD, assistant professor of Palliative Rehabilitation and Integrative Medicine and the lead researcher in the study.

The randomized control study looked at 71 cancer patients who were at least three months post-chemotherapy with a score of more than three on the National Cancer Institute's neuropathy rating scale. Researchers measured brain activity of brain regions that contribute to physical and emotional aspects of chronic pain using an electroencephalogram (EEG) interface. Patients viewed their brain wave signals on a computer and, over the course of 20 sessions, were trained to use a computer game to modify brain wave activity.

Patients were given visual and auditory rewards for brain wave modifications, and eventually were able to modify their brain activity without the need for rewards. At the end of the study, patients who underwent neurofeedback treatment had significantly reduced Brief Pain Inventory (BPI) scores for pain, activity interference, numbness, tingling, and unpleasantness compared with the control group.

The study did not include a placebo group and consisted of mostly breast cancer survivors. The authors concluded by studying areas typically active during placebo use that placebo effect was not the only contributing factor to symptom relief.

The role of acupuncture in integrative oncology

Cannabinoids for stress and pain management