The American Journal of Public Health has recently published a survey article out of Harvard that shows that homeopathic medicine, while still only used by a small fraction of the U.S. population, has jumped 15% in use. In addition, most users put homeopathy among the top 3 complementary and integrative strategies they use in their health care. 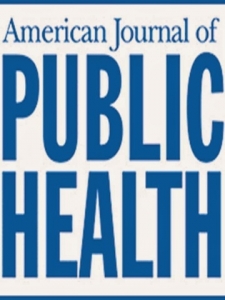 The interest of this journal in this publication is linked to possible public health benefits from the use of homeopathic medicine. The principal investigator was Michelle Dossett, MD, PhD and the team also included placebo expert Ted Kaptchuk, OMD. They hail from Harvard’s School of Public Health and from a Harvard Medical School affiliated hospital, Beth Israel Deaconess. The teams notes that prior studies of homeopathy “suggest potential public health benefits such as reductions in unnecessary antibiotic usage, reductions in costs to treat certain respiratory diseases, improvements in peri-menopausal depression, improved health outcomes in chronically ill individuals, and control of a Leptospirosis epidemic in Cuba.”The data was gleaned from the 2012 National Health Interview Survey. The researchers explored the prevalence and use patterns of homeopathic medicines among U.S. adults in relation to other complementary and integrative medicine (CIM) use. Versions of this survey in 2002 and 2007 found use of homeopathic medicines at 1.7% and 1.8% of the adult population, respectively. The 15% growth in the recent half-decade corresponds to an overall use rate of 2.1% in 2012. The most common conditions for which people sought homeopathic treatment were respiratory and ear-nose-and-throat complaints as well as musculoskeletal pain syndromes. Users tended to be more educated than non-users.Use of homeopathy in the US is lower than in many European countries. The authors note, for instance, that surveys have found rates at 8.2% in Italy and nearly 15% in Germany. A recent Italian wire-service story reported findings of a 2012 survey by a homeopathic manufacturer that found much higher use, at close to one-in-six adult Italians.The Harvard team reported that positive views of homeopathy were much higher among those who saw a professional homeopath compared to those who simply purchased the pills from the store and self-prescribed. Those who consulted professionals were more likely to feel that homeopathy was “very important in maintaining health and well-being.” The sense of the importance of the remedies was also stronger. More of those who’d consulted a homeopathic practitioner thought that homeopathy helped their health condition “a great deal” than did the self-prescribers.Naysayers, who believe these medicine are nothing more than placebos, will likely question the additional perceived value post practitioner visit. Is it anything more than the greater level of investment in a placebo one has if the placebo is practitioner-recommended rather than self-prescribed? 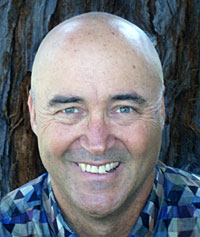 The article came to The Integrator from homeopath and author Dana Ullman, MPH, CCH (pictured). He sent notice of the Harvard publication and of the recent report on Italian use with this note: “Here's some GOOD news about homeopathy!”Ullman adds: "This survey confirms that a certain well-educated and well-satisfied group of Americans benefit from self-prescribing homeopathic medicines as well as from going to professional homeopaths. Although these numbers are much higher in select countries in Europe, it is more than reasonable to support individual choice in health care. Just as our country is a melting pot of different cultures and races, our health and medical care likewise needs this healthy diversity."Homeopathy has taken it on the chin the last two years. The Harvard study was published amidst a renewed flare up of bad publicity following a controversial 2015 report from the Australian National Health and Medical Research Council. The chair of the report, general practitioner Paul Glasziou, MD blogged on the controversial findings at the British Medical Journal. A wave of postings from anti-homeopathy writers, such as this, immediately followed.Weighing the public health potential of homeopathic medicine requires a wading into a river of twin ambiguities. These can each be true simultaneously: 1) homeopathic treatment only has value as a placebo, and 2) expanded use of these medicines can be useful tools in the public health campaign against antibiotic overuse. This 2008 study, for instance, found that 13% of doctors use antibiotics as placebos. Mightn’t we have been better off, from a population health perspective, had they prescribed homeopathic remedies and not delivered this extra load of antibiotics onto the terrain?French researchers spoke to this potential last year when they concluded that “management of patients by homeopathic GPs may be less expensive from a global perspective and may represent an important interest to public health.” The Harvard researchers included a similar note: “Because of potential public health benefits associated with the use of homeopathy, further research on this modality and targeted studies of users are warranted.”Perhaps the way to move forward is to allow skeptical doctors to deliver homeopathic medicine to their patients while announcing to them that it is a placebo. Kaptchuk and others have reported that the placebos can still work. If they have more significant positive value, well, that healing can take place without the skeptic’s approval.
About the Author:

Dana Ullman and the FDA’s re-regulation of homeopathy: Is this fundamentally an attack on medical diversity?

The future of integrative medicine may be in your hands

Top 10 IntegrativePractitioner.com news and commentary of 2016