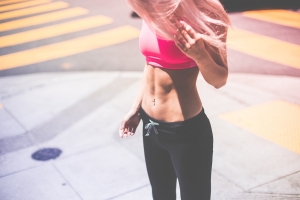 While anxiety and depression are typically treated with prescription medications and therapy, new research revealed a surprising treatment alternative: microorganisms.The gut microbiome is known to play a vital role in keeping people health, and gut bacteria is considered essential for brain and other organ health. This is, in part, because bacteria contain genes that humans don’t, including strains that regulate mood and appetite, among other processes in the body.A new study in the Journal of Psychiatric Research looked at the relationship between gut microbiota and resulting neurobehavioral changes in rats. Led by Ted Dinan, a professor of psychiatry at the University of Cork in Ireland, researchers initially noticed the relationship between bacteria and mood when comparing fecal matter of depression patients with non-depressed patients. They found that, depressed patients had much less rich and much less diverse gut bacteria.From there, the team decided to look at rats, using antibiotics to knock out their microbiota and replacing it with the microbiota of a depressed patient via fecal transplant. When the rats got the microbiota of the depressed patient, they became depressed and their physiology changed and developed a pro-inflammatory phenotype. There was no change in the rats when they were given microbiota of a non-depressed patient, according to the study.Other research shows that low levels of inflammatory process in the body underlie depression, anxiety, and other mental disorders, including a 2016 study on the gut-brain axis published in the Nature Reviews Gastroenterology & Hepatology, which showed that healthy bacteria does regulate inflammatory processes in the body.While further research will be done to identify which specific bacteria are most effective, lactobacillus and bifidobacteria, both of which are found in yogurt and fermented foods, have been shown to benefit mental health.Probiotics naturally regulate anxiety and stress, so overuse of antibiotics, which wipe out gut flora, can be dangerous. Furthermore, prescription antidepressants and anxiety medications can have significant side effects. The gut-brain connection, a term coined by researchers at Harvard Medical School, is an essential part of treating mental health. While probiotics alone are not a cure for mental health disorder, and not a replacement for therapy and medications, coupled with diet and talk therapy, probiotics could significantly reduce anxiety and help individuals manage mental health.
About the Author:

An integrative nutrition approach to anxiety and depression