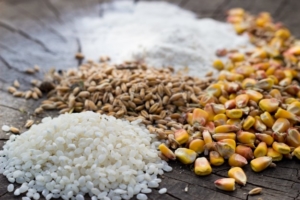 A strict gluten-free diet may help protect against the nerve pain that some people with gluten sensitivity experience, according to a preliminary study released February 28 by the American Academy of Neurology."These findings are exciting because it might mean that a relatively simple change in diet could help alleviate painful symptoms tied to gluten neuropathy," said lead author Panagiotis Zis, MD, PhD, of the University of Sheffield in Sheffield, United Kingdom, and a member of the American Academy of Neurology. "While our study shows an association between a self-reported gluten-free diet and less pain, it does not show that one causes the other."Gluten sensitivity has been associated with peripheral neuropathy, a condition in which a person's peripheral nerves become damaged, often causing weakness, numbness and pain, typically in the hands and feet. When a person has nerve pain that can't otherwise be explained, and has a sensitivity to gluten, the diagnosis might be gluten neuropathy.The study involved 60 people with an average age of 70 who had gluten neuropathy. They were asked about the intensity of their pain, their other neuropathy symptoms, their mental health and whether they followed a strict gluten-free diet. A total of 33 of the participants had pain with their neuropathy, or 55 percent.People who were following a gluten-free diet were more likely to be free of pain than people who did not follow a strict gluten-free diet. A total of 56 percent of those without pain were on a gluten-free diet, compared to 21 percent of those with pain. After adjusting for age, sex and mental health status, researchers found that people following the strict diet were 89 percent less likely to have pain with their neuropathy than people not following the diet.The study also found that people with painful gluten neuropathy scored significantly worse on the mental health assessment, which has a range of zero to 100 with 100 being best. Those with painful gluten neuropathy had an average score of 76, as opposed to the average score of 87 for those with painless gluten neuropathy."This study is promising because it shows that a gluten-free diet may help lower the risk of pain for people with gluten neuropathy," Zis said. "More research is needed to confirm these results and to determine whether the gluten-free diet led to the reduction in pain."
About the Author:

An integrative nutrition approach to anxiety and depression