by John Weeks, Publisher/Editor of The Integrator Blog News and ReportsEditor’s note: This analysis article is not edited and the authors are solely responsible for the content. The views and opinions expressed in this article are those of the authors and do not necessarily reflect the official policy or position of Integrative Practitioner.A surprising but influential bit player in the early days of mind-body research was the so-called Moral Majority. The questionably-named entity was the spearhead of a sector of the USA population that was holding tight to a Western, conservative Christian narrative for the nation. 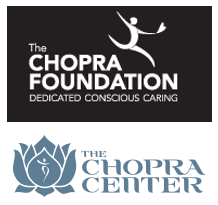 Christian conservatives weren’t then pleased with what to them was the corrosive Eastern origins of “transcendental meditation.” So, when pioneering mind-body researcher Herbert Benson, MD and colleagues popularized their research on the field, they avoided potential rancor by dubbing their findings with the unthreatening title of The Relaxation Response. Who could argue with that?This bit of savvy shape-shifting came to mind on reading the outcomes of a recent study from Paul J. Mills, PhD and a group associated with the San Diego-based Chopra Center. Their examination of a 6-day residential retreat found that those randomized to the Center’s Ayurvedic-styled “Perfect Health” program experienced increased sense of “non-dual awareness.”Put in lingo more familiar to the culture wars of the Sixties against which the conservative Christians lashed, the participants were more likely to feel a sense of oneness - less ego, and more connection with the life around them.The report, called “Change in Sense of Dual Awareness and Spiritual Awakening in Response to a Multidimensional Well-Being Program”, is available here on open access until March 6, 2018. 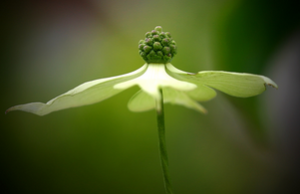 The study is one of multiple research papers developed through the Self-Directed Biological Transformation Initiative (SBTI) involving a seven-institution research group. This included Mills’ base at UC San Diego, Harvard Medical School and its neurologist Rudi Tanzi, PhD, plus others associated with the Chopra Center. Well-known author and speaker Deepak Chopra, MD, the founder of the center, was on the team. The SBTI was funded through over $1-million from a half-dozen philanthropies including the Walton Family Foundation.In the SBTI, the researchers gathered biological and physiological data as well as a series of before, after, and 30 days post self-reports from 69 individuals who completed a six-day Ayurvedic retreat at the Chopra Center. For this study, one of the tools, along with a more established Delaney Spirituality Scale, was the Nondual Embodiment Thematic Inventory (NETI). The participants respond on “how frequently the following occur for you” for 20 experiences. These include, for instance:The principal finding was that this “intensive program providing holistic instruction and experience in mind-body practices can lead to significant and sustained shift in perception of self-awareness, one that is likely favorable to well-being.” The initiative also included validating the NETI, which is appended to the study report.I contacted Mills and Chopra for some additional perspective. Mills described “non-duality” as “a name given to the experience of non-separation, of fundamental oneness.  A person who is in the non-dual state more naturally resides in the heart, with the forces of compassion and empathy.”He offered this personal perspective on why the study is important: “We live in a world where there is so much experience of separation – from each other, the environment, our communities – and this perceived separateness is a significant source of our problems. Egotism is separation, that’s how we run rampant over each other and over the environment. Nonduality is the experience, the knowingness, of the oneness of all things, which is the true foundation of well-being and I think a prerequisite solution to many if not all of our social problems.”Mills shared that his team has additional research in development that will use the NETI instrument: “We’ve had meetings this past week on a project that will use FMRI and EEG to examine effects of Primordial Sound Meditation. It’s a mantra-oriented practice, like transcendental meditation, but which also includes a portion that is reflective and contemplative. We’ll look at outcomes for the subjects using the NETI plus the FMRI and EEG recordings.”Via email, Chopra - who will be granted the Visionary Award at the upcoming Integrative Healthcare Symposium -- offered his perspective. He pushed the envelope: “The thrust of future research needs to be a whole system, non-dual approach.” The methods must change: “Individual physiological markers are certainly helpful, and right now, these form the bulk of research findings. Whole systems research implies new research modalities.”The course Chopra recommends is a radical shift from current research practice. He expands: “A good way to foresee future developments, as I see it, is to start being truly holistic, which can only be done by, first, speaking of bodymind as a single entity. Then we must erase the artificial boundary between subjective and objective. We must start approaching human beings as a consciousness-based species. If we could move in that direction, our perspective on medicine, and on life in general, would change radically.”The Mills-led study is a step in the direction Chopra envisions. What the times 40 years ago urged Benson to downplay, this study injects back in. It’s not just relaxation. Participants felt more part of a whole. The 6-day mind-body program showed a statistically significant spiritual return.
About the Author: