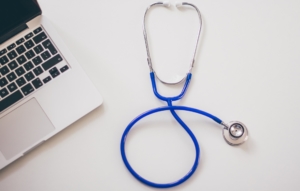 Scientists are finding more evidence that commonly prescribed antidepressants aren't effective in people battling both depression and a chronic medical disease, raising a critical question of whether doctors should enact widespread changes in how they treat millions of depressed Americans.A new study published in the Journal of the American Medical Association found depressed patients with chronic kidney disease did not benefit from a common antidepressant. The finding follows other research that indicates traditional antidepressants are also ineffective in depressed people with chronic conditions such as asthma and congestive heart failure.Experts with the O'Donnell Brain Institute say enough evidence now exists to prompt immediate change in how doctors approach depression cases in conjunction with chronic medical diseases."There is little justification in prescribing an antidepressant that will not work and will only cause side effects," says Dr. Madhukar Trivedi, senior author of the JAMA study and director of the Center for Depression Research and Clinical Care, part of the Peter O'Donnell Jr. Brain Institute at UT Southwestern Medical Center. "We should go back to the drawing board to understand the brain changes involved in these subtypes of depression."Nearly half of Americans live with a chronic medical condition, ranging from cancer and dementia to arthritis and asthma, according to the Centers for Disease Control and Prevention. Many of these people also have major depression, including more than half of Parkinson's patients, 41 percent of cancer patients, and more than a quarter of those with diabetes.Doctors and patients should take these statistics into account when treating cases of major depression, says Dr. Trivedi, Professor of Psychiatry and holder of the Betty Jo Hay Distinguished Chair in Mental Health and the Julie K. Hersh Chair for Depression Research and Clinical Care.He says both sides should understand that standard antidepressants may not work and be prepared to try alternatives if routine monitoring of symptoms and side effects show another strategy is needed.Dr. Trivedi, who led the Star*D studies that established widely accepted treatment guidelines for depressed patients, has recently made progress on developing a blood test to determine in advance which antidepressants are more likely to work for important subgroups of patients. He also notes a range of other therapies that have proven effective for patients who don't respond to initial treatments. These include ketamine, electroconvulsive therapy, neuromodulation with magnetic stimulation, psychotherapy, and exercise.
About the Author: